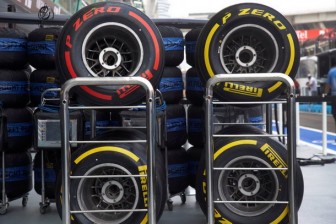 The Abu Dhabi race is run in the late afternoon and evening, with falling temperatures. Although the lap takes in a wide variety of speeds and corners, the surface is quite smooth and degradation is not excessive, making medium and soft the perfect choice.

Austin will be raced on for the first time, and the simulation data established by Pirelli’s engineers over the summer has indicated that the hard and medium tyres will be best-suited to the varying demands of this track. On a new circuit, a relatively conservative choice will make sure that all possibilities are covered. During a recent visit, Pirelli’s engineers established that significant energy loads will be put through the tyres. High temperatures are also expected.

The Interlagos circuit, by contrast, is well known for being demanding on the tyres, with big elevation changes, high-speed corners and significant energy loadings going through the structure. For these reasons, the hard and medium tyres are also the best choice for the final race of the 2012 season.