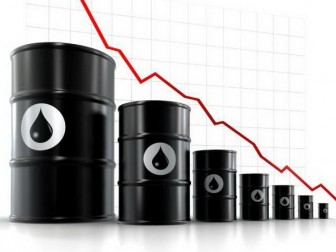 Oil up 1 pct near $110 as Israel launches Gaza offensive

* Force majeure on Keystone pipeline due to power problems

By Robert Gibbons and David Sheppard

NEW YORK, Nov 14 (Reuters) – Brent oil prices rose more than 1 percent toward $110 a barrel on Wednesday, snapping a two-day slide as Israel launched a major offensive against Palestinian militants in Gaza, reinforcing concerns about tensions across the Middle East.

Hamas’s military chief was killed when his car was hit by an Israeli air strike, the Palestinian Islamist group said, as multiple Israeli attacks rocked the Gaza Strip.

An Israeli official said the attack on Hamas’s top commander was not the end of the assault on the coastal territory and more strikes would follow.

“There are some ticking time bombs in the Middle East right now and the Israeli air strikes on Gaza have brought the tensions in the region back into focus for the oil market,” said Todd Gross, founder of fund management company Hudson Capital Group LLC in New York.

Tensions are already high in the region as the Syrian conflict drags into its twentieth month. Energy markets have been on edge about the potential for greater supply disruptions in the Middle East this year, especially as Western sanctions against Iran curb exports from the OPEC nation.

Balancing the supply concerns have been signs of weak demand in the West and the struggling economic recovery, which have weighed on prices.

Trading was strong, with U.S. crude volumes nearly 21 percent above the 30-day moving average, while Brent volumes were up about 10 percent over that average.

The market was also eyeing a series of car bombs that killed at least 14 people across Iraq on the eve of a Muslim festival to mark the start of the Islamic year.

Also in Iraq, oil exports from Basra offshore terminals were back to 2.04 million barrels per day after bad weather halted loadings at the main oil hub on Tuesday.

Oil briefly ticked higher after the release of minutes of the October meeting of Federal Reserve policy-makers, which showed a number of them reckoned the central bank needs to step up its bond purchases next year to support the economy.

Prices also found support after TransCanada Corp declared force majeure on some oil shipments from the Keystone pipeline after a power supply problem forced it to reduced rates from Saturday through Tuesday.

The company said rates were returning to normal levels of about 500,000 bpd on the line, which brings crude from Canada’s tar sands to refineries near Chicago and into the Cushing, Oklahoma storage hub, delivery point for the U.S. crude oil future contract.

The geopolitical turmoil allowed the oil market to shrug off news that U.S. retail sales fell in October for the first time in three months as Hurricane Sandy interrupted consumer spending momentum early in the fourth quarter.

Other data pointed to muted inflation, with wholesale prices falling in October for the first time since May, giving the U.S. Federal Reserve latitude to maintain its easy monetary policy stance it hopes will nurse the economy back to health.

Analysts say the serious budget negotiations in Washington needed to avoid the automatic spending cuts and tax increases known as the ‘fiscal cliff’ are weeks away, but failure to reach a deal could tip the world’s largest economy into recession.

Monday’s Veterans Day holiday has delayed weekly oil inventory reports by a day, with the American Petroleum Institute’s data due at 4:30 p.m. EST on Wednesday, and the U.S. Energy Information Administration’s report following at 11 a.m. EST on Thursday. (Reporting by Robert Gibbons and David Sheppard in New York, Simon Falush in Londona and Manash Goswami in Singapore; Editing by Marguerita Choy and Carol Bishopric)