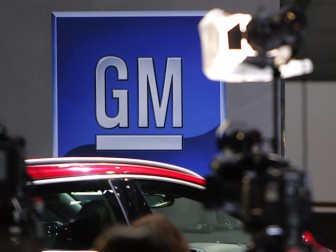 SAIC, which makes Buick and Chevrolet cars with GM, expects sales to increase seven percent to eight percent next year, faster than the five percent to seven percent growth for the industry, according to President Chen Hong, citing projections based on current conditions.

“The economy may improve next year and help vehicle sales and production,” Chen, a delegate to the 18th Communist Party Congress, said in an interview in Beijing yesterday. “Japanese brands have been hit by recent events and some consumers may switch to other brands. Other automakers have been building up their brands to attract buyers.”

Dealerships have cut prices in China to clear inventories, sending vehicle prices lower for a sixth consecutive month in October, according to the nation’s top economic planner. Japanese automakers from Toyota Motor Corp. (7203) to Nissan Motor Co. have reported slumps in Chinese sales in the past two months after a territorial dispute between the two countries triggered nationwide protests and unleashed a consumer backlash.

“If you strip out the influence of Japanese brands losing market share in China, SAIC might perform in line with the market,” Xu Minfeng, a Shanghai-based analyst at Central China Securities Holdings, said by phone yesterday. “The company also benefits from the technology and association with its foreign partners.”

SAIC, which operates its own Roewe brand, also runs a separate passenger-vehicle joint venture with Volkswagen, making models including the Tiguan sport utility vehicle and the Skoda Fabia.

Separately, Miao Wei, China’s minister for industry and technology, said yesterday that a plan to fund vehicle purchases in rural areas is under discussion.

Vehicle sales growth may pick up next year due to rising replacement demand and exports, Miao told reporters after a session of the Congress in Beijing.