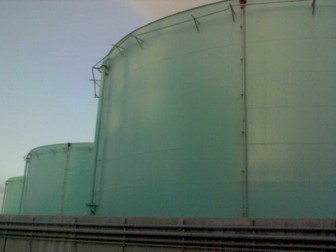 Oil prices were mixed Thursday amid escalating violence between Israel and the Palestinians, weak US economic data and a rise in US crude supplies.

In London trade, Brent North Sea crude for delivery in December leaped $1.37 to settle at $110.98 a barrel.

Despite sharply rising tensions in the oil-rich Middle East as Israel and the Palestinians in Gaza traded attacks, the New York WTI contract was unable to hold opening gains.

“Brent would be much more directly impacted by supply losses in the Middle East because all that goes to Europe,” while the United States gets a lot of oil from elsewhere, such as Venezuela, Canada and Mexico, said Matt Smith at Summit Energy.

The New York futures contract took a hit from the US Energy Department’s weekly report on the nation’s petroleum supplies, showing another increase in the world’s biggest oil-consuming country, he said.

The Federal Reserve reported manufacturing activity in New York state remained in contraction for a fourth consecutive month in November, while activity in the Philadelphia region fell after a rise in October.

“We’re still seeing in the bigger picture a lackluster demand there,” Smith said.