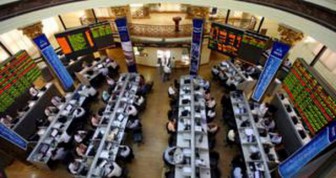 SINGAPORE (Reuters) – Asian shares steadied on Friday after falling nearly 2 percent this week amid concerns about the looming U.S. “fiscal cliff”, while Japanese stocks rallied for a second day on expectations of further monetary policy easing after an election next month.

The yen held near a six-and-a-half month low plumbed against the dollar after Shinzo Abe, leader of the main opposition Liberal Democratic Party and likely to be Japan’s next leader, called on Thursday for the country’s central bank to adopt interest rates of zero or below zero to spur lending.

Away from Japan investors remained wary of buying riskier assets, spooked by uncertainty about the U.S. budget tussle, the euro zone’s relapse into recession and violence in the Middle East.

President Barack Obama and Congressional leaders begin budget talks on Friday, amid fears the United States will stumble back into recession if no deal is reached to avoid some of the $600 billion in spending cuts and tax hikes due to start taking effect in January.

“The latest comments from key players reinforces to us that the two sides are starting negotiations from rather distant points,” said Sean Callow, senior currency strategist at Westpac bank in Sydney, in a note.

“There will be plenty of negative headlines in coming weeks that weigh on risk assets and boost USD, which is yet again trading like a safe haven even when the bad news is generated by the U.S. We doubt there will be a deal before late December.”

“Expectations on how the new (ruling) party will tackle(Japan) deflation are offsetting persistent concerns on the U.S.’s fiscal cliff for now,” said Hiroichi Nishi, general manager at SMBC Nikko Securities.

The dollar has rallied more than 2 percent against its Japanese counterpart over the past two sessions after Japanese Prime Minister Yoshihiko Noda said he was ready to dissolve parliament’s lower house on Friday for an election on December 16.

The yen traded little changed around 81.20 per dollar on Friday.

“The substantial weakening of the yen in the past 48 hours has a lot of people rethinking their game plan,” Andrew Wilkinson, chief economic strategist at Miller Tabak & Co in New York.

In commodities markets, U.S. crude lost a few cents to around $85.40 a barrel and gold was virtually unchanged near $1,715 an ounce.