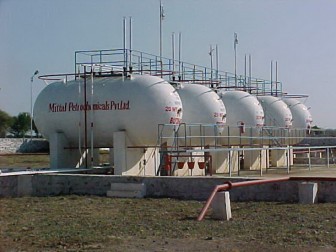 SINGAPORE, Nov 16 (Reuters) – Brent futures held around $108 a barrel on Friday, as uncertainties surrounding the global economic outlook weighed on prices, while a showdown between Israel and the Palestinians stoked worries about supply.

Oil investors are worried that Arab producers may be drawn into any possible Israeli-Palestinian conflict, which may hurt their supply lines. Brent has held above $100 for most of this year on fears of disruption from the Middle East with a weak demand outlook capping further gains.

“The global economy has got issues and geopolitical tensions, particularly in the Middle East, are rising,” said Jonathan Barratt, chief executive of Barratt’s Bulletin, a Sydney-based commodity research firm. “That means a status quo for the oil market for some time.”

Barratt expects the U.S. contract to be at around $93 a barrel by the end of the year and Brent at $115.

An oil market trading in a tight range may be good for the global economy struggling to revive growth because that would mean stable prices of a key input, Barratt said.

Brent may consolidate in a range of $107.39-$108.20 per barrel for one trading session before seeking its next direction, while signals are mixed for U.S. oil as the drop on Thursday has disrupted a rebound from the Nov. 7 low of $84.05, according to Reuters technical analyst Wang Tao.