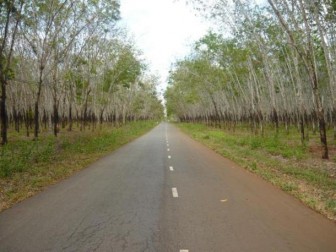 SINGAPORE, Nov 19 (Reuters) – Global benchmark Tokyo rubber futures are likely to trade in a narrow range of between 245 to 260 yen a kg this week after dealers shrugged off China’s plan to stockpile the commodity, industry sources said on Monday.

Other soft commodities could see rising supply weighing on prices as the cane crushing season starts in Thailand, the world’s second-largest sugar exporter after Brazil, and the robusta harvests accelerate in main producer Vietnam.

The most active rubber contract on Tokyo Commodity Exchange, currently April 2013 hit an intraday high at 253.4 yen a kg, its strongest since Nov. 5, on firm oil prices, the yen’s decline and firmer equities

“I don’t expect any surprises. Prices will continue to be in a consolidation phase,” said Ker Chung Yang, senior investment analyst at Phillip Futures in Singapore, who pegged support at 245 yen and resistance at 260 yen.

“I would attribute today’s gains to a recovery in the U.S. equity. There’s a breakthrough in the fiscal cliff discussions between the two parties. But I think the worse is not over yet. I would expect the issue to solved at the last minute only.”

The Tokyo market, which sets the tone for tyre grade prices in Asia, has fallen around 9 percent since rallying to a four-month high at 275.5 in early October, mainly due to concerns about the global economy and the tough fiscal challenges facing U.S. President Barack Obama.

Main rubber consumer China has started buying the commodity from domestic markets to support prices, but the up to 200,000-tonne purchase may not have a long-term impact due to rising inventory and strong imports.