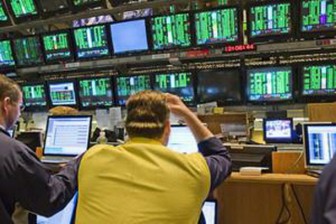 TOKYO (Reuters) – Asian shares rose on Monday, boosted by a positive tone in U.S. equities last week, while the yen fell to a near seven-month low against the dollar on expectations a new government after next month’s election in Japan may deliver more stimulus.

The material sector also were among top gainers as London copper rallied 1 percent to $7.684 a tonne on expectations for economic measures in China and hopes for a solution to the U.S. fiscal crisis.

Australian shares inched up 0.2 percent but Shanghai shares underperformed with a 0.3 percent drop, hovering near the seven-week low touched on Friday.

“We had some positive leads from the U.S. on Friday. Our market had been underperforming last week,” Peter Esho, chief market analyst at City Index, said of Australian equities. “There’s some hope that the negotiations in the U.S. around the fiscal situation may somewhat improve — the prospects around that may improve this week.”

Japan’s Nikkei average (.N225), which bucked the broad Asian downtrend on Friday and surged 2.2 percent, extended gains with a 1.3 percent climb to a two-month high.

Speculation that the leader of the opposition Liberal Democratic Party, which is expected to win the December 16 elections, will call for more stimulus including further aggressive easing by the Bank of Japan also undermined the yen.

The BOJ begins a two-day policy meeting on Monday, and is expected to refrain from taking fresh policy steps.

The dollar hit a near seven-month high against the yen at 81.59 yen on Monday. A weaker yen helps support the economy and boosts sentiment for Japanese equities investors.

A senior trader at a foreign bank said investors had been underweight Japanese equities and the rally could have further to go as they start to put their money into Japan, advising investors to cover their positions in very heavily short-sold sectors such as electronics.

Aside from Japanese politics, market players closely watched negotiations among U.S. Congressional leaders to avoid a budget crisis, and prepared for European officials’ meeting on Tuesday to discuss aid for debt-stricken Greece.

Hope that U.S. politicians would find common ground to steer clear of the “fiscal cliff” boosted U.S. stocks on Friday. European shares sank to a 3-1/2-month closing low, for their worst week since the end of May, on persistent concerns over U.S. fiscal policy and the euro zone debt crisis.

U.S. Treasury yields fell to their lowest levels in over two months on Friday as scepticism over the U.S. budget talks drew safe-haven bids.

Top lawmakers from both major U.S. political parties on Friday hinted at the possibility of a budget compromise that involves spending cuts and additional revenue, although they were short on details.

“The good news is the tone of Friday’s White House meeting but the prospect of no agreement until at least mid-December fits our view that the two sides are starting negotiations from rather distant points,” Sean Callow, senior currency strategist at Westpac bank in Sydney, said in a note.

“As such, there will be plenty of negative headlines in coming weeks that weigh on Treasury yields and boost USD, which is yet again trading like a safe haven even when the bad news is generated by the US.”

The euro rose 0.3 percent to $1.2772, with traders waiting to know whether euro zone finance ministers and International Monetary Fund’s Managing Director Christine Lagarde would agree on how to make Greece’s debt manageable.

“As the EU prepares a bundled aid package to avert a Greek default, headlines coming out of the meeting may fuel a relief rally in the euro, but we will maintain our bearish forecast for the single currency as the region faces a deepening recession,” said David Song, currency analyst at DailyFX.