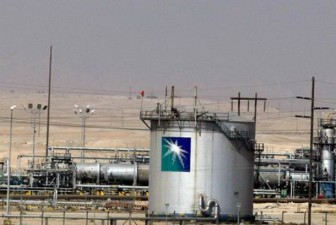 Brent climbs to above $109 on Mideast tensions

SINGAPORE, Nov 19 (Reuters) – Brent crude edged up to above $109 a barrel on Monday as escalating tensions between Israelis and Palestinians fueled concerns about supply from the Middle East.

Investors fear that the Israeli-Palestinian conflict could draw in Arab producers and possibly threaten supply flows from the region, which supplies more than a third of the world’s oil.

“If the situation starts to deteriorate further where we see other oil producers getting involved and backing the rhetoric with action, then you could see an extension on the risk premium,” said Ric Spooner, chief market analyst at CMC Markets in Sydney.

“The market will definitely be seeking a clearer assessment of the current situation.”

An Israeli missile killed at least 11 Palestinian civilians including four children in Gaza on Sunday, the single deadliest incident in five days of Palestinian rocket attacks on Israel and Israeli air strikes on the Gaza Strip.

Pressure for a ceasefire is rising amid the violence. Egypt has taken the lead in trying to broker a ceasefire and Israeli media said a delegation from Israel had been to Cairo for talks on ending the fighting, although a government spokesman declined to comment on the matter.

The Israeli military said 544 rockets fired from Gaza have hit Israel since Wednesday, killing civilians and wounding dozens and has been giving signs of a possible ground invasion into Gaza.

Even as Middle East tensions remained on the boil, investors were equally focused on the looming “fiscal cliff” in the United States — the more than $600 billion in tax increases and spending cuts that threaten to push the U.S. economic recovery into another recession if it kicks in at the start of next year.

Top lawmakers emerged from a meeting with President Barack Obama on Friday confident of finding common ground on taxes and spending which would allow them to avert the disastrous situation.

“If we don’t get any deal, and the automatic provisions kick in, it will be a massive blow to economic confidence globally,” Spooner said.

“And any attempt to just kick this down the road for a later date, is also going to have negative implications for the global economy, not just the U.S.” (Editing by Manolo Serapio Jr. and Ed Davies)