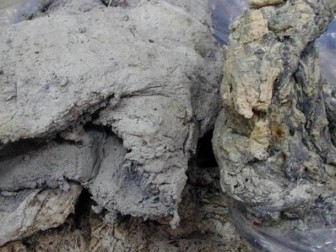 Rubber plantation in Nagaland is doing much better than Kerela in terms of the pace of growth and high latex content. This was revealed by department of land resources (DoLR) director Mhathung Yanthan on the sidelines of the NER Agri Expo 2012 being organized in Dimapur.

It may be mentioned here that rubber plantation in Nagaland is a non-traditional practice whereas it was a traditional one in Kerala.

DoLR has been taking up rubber plantation in a big way and the department has identified the potential areas. It was estimated that 1,15, 000 ha in the state could be easily converted into rubber plantation zones in all 11 districts.

However, for the time being, focus has been given to Dimapur, Peren, Wokha, Mokokchung and Mon districts only. Already 6445 ha of rubber plantation have been covered by DoLR in collaboration with Rubber Board of India.

Yanthan also pointed out that rubber had a huge prospect in Nagaland and by the end of 12th five year plan, his department intended to reach the target of 25,000 ha of rubber plantation.

Global demand for rubber has been on the rise with industrialization but one should note that synthetic rubber cannot substitute rubber products like tyres or surgical gloves, Yanthan said.

He also informed that as of now there was no factory owned by DoLR. However, the raw materials produced from the state were being sold to tyre factories based in other parts of the country.

Process of rubber plantation from nurturing the saplings to rubber latex has been displayed at the stall put up by DoLR at the on-going NE agri expo.

DoLR will be receiving an award on November 22/23 in Sikkim at the 3rd eNorth East 2012 Sikkim for successfully implementing the Geographic Information System (GIS) based Personal Digital Assistant (PDA) online monitoring system.

Disclosing this to Nagaland Post, Yanthan said Nagaland was among the first states in the Northeast to use PDAs for online monitoring for Integrated Watershed Management Programme (IWMP), a flagship programme of rural development being implemented by DoLR.

Speaking to this reporter Yanthan said we are implementing one national programme i.e. IWMP and DoLR in Nagaland is the nodal agency for implementation of IWMP.

He said Nagaland has made State Project and Strategic Plan (SPSP) for 18 years which was approved by the Government of India.

Based on this approval of SPSP, government of India has been initiating projects every year and IWMP was being implemented through application of GIS and remote sensing for planning, monitoring and preparation.

We have prepared watershed atlas for the whole state and which 3541 micro watershed has been delineated at 10,000 scales, said Yanthan.