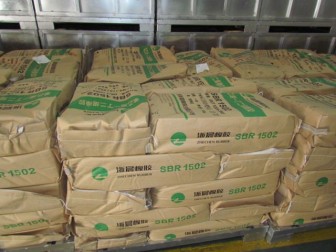 Asian styrene butadiene rubber prices decrease of 6% since mid-October, the decline may extend

The 16th market participants said, due to weak demand, ample supply, coupled with further decline in the cost of feedstock butadiene (BD), Asian styrene butadiene rubber (SBR) spot prices are likely to continue over the next few weeks Yindie.

Manufacturer of Northeast Asia, said: “Due to the downturn in the global automotive industry, SBR demand is expected to continue to weaken.”

The manufacturer also said: “As the European excess SBR inventory sold in Asia, we increasingly fierce competition with European suppliers.”

SBR is mainly used in the manufacture of automobile tires. In the context of the global economic recession, the auto market in the doldrums, sales have fallen sharply in the tire industry.

In Europe, the global automobile manufacturers, including General, Ford and Peugeot has announced plans to close part of the assembly line because of the debt crisis, weak market demand, reduce costs and massive layoffs, which cut production.

Expected common at the end of 2012, decreased by 2,600 jobs in Europe, the Ford 3 sets of devices in the United Kingdom and Belgium, respectively, plan to stop in the next year and in 2014, and lay off 6200 people. In addition, Peugeot will cut 8,000 jobs and close a factory near Paris.

Local media reports, the U.S. tire manufacturer Goodyear Tire & Rubber Company plans to lay off 200 people in North the Luo Carolina State Fayetteville tire factory. The total number of employees of the plant for 2750, the production of tires for passenger cars and light trucks.

In addition, Sino-Japanese territorial dispute in the East China Sea on China’s auto industry had a negative impact.

As Chinese consumers refuse to buy a Japanese car, doing business in China, the Japanese car manufacturers, including Toyota, Nissan and Honda, had to choose the cut.

The China Association of Automobile Manufacturers, said Japan’s passenger car sales in China in October year-on-year plunge of 59.4% to 98,900, down 38.2%.

However, due to the overall weakness in the global automotive market, Chinese tire manufacturers lower operating rates resulting in reduced consumption of raw materials SBR.

A Chinese SBR producers pointed out that: “downstream demand for tire manufacturers in the doldrums, plus SBR suppliers have clearance before the end of the fiscal year, the SBR price will fall further.”

Raw material the BD prices also pulled down the SBR price. SBR 70% of the composition and production costs from BD.

A market source said: “As feedstock BD costs fell, the the SBR price of short-term fear is difficult to rebound.”