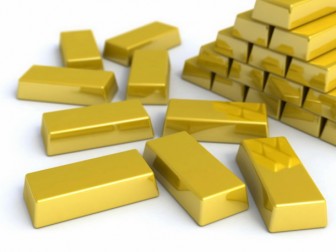 * Bernanke: Fed has no tools to offset fiscal crisis damage

NEW YORK, Nov 20 (Reuters) – Gold fell on Tuesday as a combination of tumbling crude prices, hopes for a Gaza ceasefire between Israel and Hamas, and Federal Reserve Chairman Ben Bernanke’s comments on the fiscal crisis diminished bullion’s appeal as an inflation hedge.

After holding steady early in the session, gold began to weaken as Brent crude futures accelerated losses on indications that a truce was near in the Gaza conflict, although the market was still awaiting confirmation from all sides.

Gold also came under pressure after Bernanke, in comments before the Economic Club of New York, said the Fed does not have the tools to offset the damage that would result if politicians fail to strike a deal to prevent going over the “fiscal cliff.”

A recent decline in bullish bets held by money managers according to the CFTC data will likely continue to weigh on gold, analysts said.

“There has been a substantial reduction in fund participation. We may be in a trading-range type market with weak oil, copper and platinum,” said Bill O’Neill, a partner in commodities investment firm LOGIC Advisors.

Some investors also opted to take profits and close out their positions after Monday’s 1 percent gain in a shortened trading week due to the U.S. Thanksgiving holiday on Thursday.

U.S. COMEX gold futures for December delivery settled down $10.80 at $1,723.60 an ounce, with trading volume about 30 percent below its 250-day average, preliminary Reuters data showed.

Bernanke repeated a warning that failing to halt $600 billion in expiring tax cuts and government spending reductions could lead to recession, and said worries over how budget negotiations will be resolved were already damaging growth.

The metal largely ignored earlier news that Moody’s stripped France of its prized triple-A badge, cutting the sovereign credit rating on Europe’s No. 2 economy by one notch to Aa1 from Aaa, citing an uncertain fiscal outlook and deteriorating economy.

Traders were digesting news Indian banks have been asked by the Reserve Bank of India to restrict financing of purchases of gold in the form of bullion, jewelry and coins or units of exchange traded funds, in the latest measure to restrict gold imports to counter a ballooning fiscal deficit.

India and China are by far the two largest consumers of physical gold bullion.

Industrial demand for silver should rise in both 2013 and 2014, due to improving outlooks for the auto industry and the manufacturing sector, GFMS, a metals research firm and Thomson Reuters unit, said on Tuesday.

GFMS, however, forecast a 6 percent decline in silver industrial demand this year.