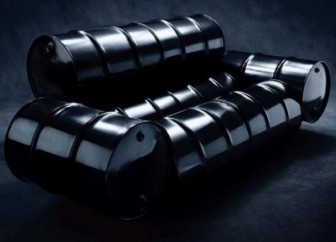 Oil prices fell on Tuesday on fresh economic strains caused by a downgrade to France’s credit rating, and a day after shooting to one-month highs on Middle East supply concerns triggered by Israel-Gaza unrest.

“Today there’s a bit more of a risk-off theme with the French downgrade and a bit of profit-taking on the back of yesterday’s big (price) move,” said IG analyst Jason Hughes.

France came under fresh economic pressure after ratings agency Moody’s cut the French government bond rating by one notch from the highest level to “Aa1” and warned that an additional downgrade was possible.

Moody’s action late on Monday brought to two the number of major ratings agencies to cut France’s top rating, after Standard and Poor’s did so in January. Fitch has maintained its assessment of French debt so far.

The downgrade put France behind eurozone partners such as Finland, Germany, Luxembourg and the Netherlands, which have retained top AAA ratings though they all have a negative outlook from at least one of the three agencies.

Oil prices had meanwhile surged more than $2.0 a barrel on Monday as violence intensified in the Israel-Gaza conflict, sparking fresh concern about supplies from the crude-rich Middle East.

Tensions appeared to be partly easing on Tuesday as Israel halted a threatened Gaza ground offensive to give Egyptian-led truce talks a chance and as top diplomats flew in to boost efforts to end nearly a week of cross-border violence.

After the first night without Palestinian deaths since Israel launched its relentless bombing campaign on November 14, the toll rose to 116 on Tuesday morning when another six people were killed, including a 15-year-old boy who was trying to catch birds, medics said.

Since the violence erupted on November 14 with an Israeli targeted killing of top Hamas military commander Ahmed Jaabari, Gaza militants have fired more than 1,000 rockets at the Jewish state, killing three people and injuring dozens.

The violence comes as Israel heads towards a general election in January, raising the spectre of a broader Israeli military campaign along the lines of its devastating 22-day Operation Cast Lead launched at the end of December 2008.