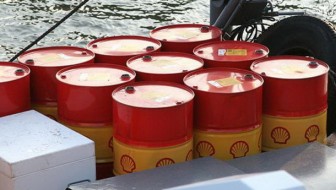 Oil prices slumped Tuesday on fresh economic strains in Europe and amid expectations — still unfulfilled late in the day — of a cease-fire between Israel and Gaza.

“Rumors abound today as headlines out of the Middle East signaled an ‘imminent ceasefire’ agreement, but as of this writing nothing has been set in stone,” said BMO Capital Markets in its market summary.

“The rumor alone pushed the market lower erasing much of the gains from the previous day sessions, and given all the headline watching, expect continued swings as the Middle East risk premium has re-emerged as the Alpha dog on the street.”

Oil prices had surged about $2 a barrel to strike one-month highs on Monday as Israel stepped up its assault on Gaza.

The pressure lower also came with Moody’s downgrade of France’s sovereign rating late Monday, warning that it was vulnerable to more deterioration in the eurozone.

Despite hopes for a cease-fire and the unexpected arrival in Israel of US Secretary of State Hillary Clinton, there was no letup late Tuesday to Israel’s attacks on Gaza, killing another 26 and taking the toll of the week-long assault to more than 130.

Clinton was to meet with Israeli Prime Minister Benjamin Netanyahu as well as Palestinian officials and to visit Cairo to meet with Egyptian President Mohamed Morsi, seen as one of the most influential negotiators in the current conflict.