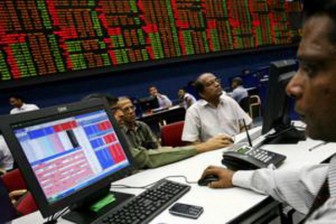 TOKYO (Reuters) – Asian shares steadied on Wednesday, after a two days of gains, as investors refocused on the risk of a U.S. fiscal crisis following Federal Reserve Chairman Ben Bernanke’s remarks that the budget impasse was already damaging growth.

U.S. stocks halted a two-day rally on Tuesday, while European shares edged higher on expectations euro zone finance ministers will approve the next tranche of bailout cash for Greece.

Japan’s Nikkei average opened up 0.8 percent to a fresh two-month high, buoyed by a weaker yen.

Bernanke on Tuesday repeated a warning that failing to halt the $600 billion “fiscal cliff” in expiring tax cuts and government spending reductions could lead to recession, and said worries over how budget negotiations will be resolved were already damaging growth.

He also reiterated the Fed’s guidance for keeping interest rates new zero until at least mid-2015, but offered few clues as to how the central bank might tweak its bond-purchase program at the start of next year.

“We remain wary of the fiscal cliff,” Barclays Capital said in a research note. “We think the uncertainty associated with the current range of fiscal outcomes during the tax cliff negotiations and beyond is under appreciated by investors.”

As activity was slowing ahead of the U.S. Thanksgiving long weekend, traders were eyeing the outcome of the European meeting which was still underway in early Asia on Wednesday.

Euro zone finance ministers are considering allowing Athens to buy back up to 40 billion euros of its own bonds at a discount as one of a number of measures to cut Greek debt to 120 percent of GDP within the next eight years.

“Virtually everyone is expecting the Eurogroup to deliver, so the risk of them disappointing could be relatively high. Therefore, a two pronged approach may be prudent to prepare for both sides of the ledger,” Neal Gilbert, currency strategist at GFT, said in a note.

The dollar has been underpinned broadly by data indicating a moderate U.S. recovery taking root, while the yen has been undermined by expectations that Japan’s elections on December 16 will see a new government that could push for more aggressive monetary and fiscal stimulus to bolster the sagging economy.

Data on Wednesday showed Japanese exports fell 6.5 percent in October from a year ago, the fifth month in a row of drops, weighed down by weakening global demand and a territorial row with China, its top export destination.

In the U.S. on Tuesday, a report showed U.S. housing starts rose to the highest rate in more than four years in October.

Oil prices fell on Tuesday amid signs of a ceasefire between Palestinians and Israelis. U.S. Secretary of State Hillary Clinton met Israeli Prime Minister Benjamin Netanyahu on Tuesday and pledged to work for a truce in the Gaza Strip “in the days ahead”.

But U.S. crude futures were up 0.6 percent to $87.30 a barrel, as Palestinian rocket fire and Israeli air strikes continued.