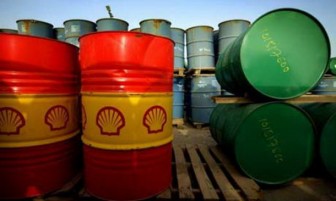 Oil prices climb on shock drop in US supplies

Crude oil prices rose Wednesday, lifted by a surprise drop in supplies in the United States as the market reacted cautiously to news of an Israel-Hamas cease-fire deal.

The WTI rally in New York had “quite a bit to do with the inventories dropping — that was quite unexpected,” said Bart Melek at TD Securities.

The US Department of Energy announced that the nation’s crude supplies sank 1.5 million barrels in the week ended November 16, instead of the gain of 800,000 barrels expected by analysts polled by Dow Jones Newswires.

Prices, which have been impacted over the past week by clashes between Israel and the Palestinians in the Gaza Strip, reacted little to the announcement by Egypt and the United States that hostilities would cease at 1900 GMT.

SEB analyst Filip Petersson expressed doubts over whether the cease-fire would hold — and predicted market volatility in the coming days.

“I would be very positively surprised if it holds, but my expectation is that we could see several rounds of failed attempts or short cease-fires that add volatility to the oil market,” he told AFP.

Trade was muted ahead of US market closures on Thursday in observance of the Thanksgiving holiday.