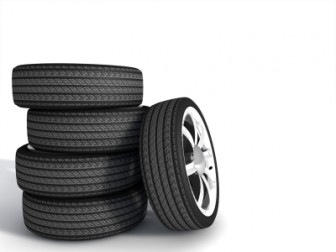 SINGAPORE, Nov 22 (Reuters) – A Chinese tyre maker is being sued for about $2 million in damages by a unit of Singapore’s Lee Rubber Group for defaulting on shipments of around 2,000 tonnes of rubber, and more cases are likely to emerge, an industry group and the plaintiff said on Thursday.

The lawsuit involves defaults in 2008, when buyers in top rubber consumer China stunned the market by refusing to pay for cargoes after the financial crisis hit global auto sales and tyre prices.

“The ARBC is in the midst of processing more cases reported by members, which will be published on its website. This will be a strong deterrent to errant behaviour in an otherwise honourable rubber industry,” an ARBC official told Reuters.

Two default cases were filed in 2009 and 2010 and are still awaiting decision by an intermediate court in China, according to Regional Rubber Trading and the ARBC, whose six member countries produce more than 80 percent of the world’s total rubber output.

“In fact, the plaintiff has already been granted an arbitration award by SICOM to get compensation from the defendant, who however refused to pay,” said the ARBC official, referring to the Singapore Commodity Exchange.

Regional Rubber Trading said in a document seen by Reuters that it is still waiting for the court in China to order Zhaoyuan Leo Rubber to pay compensation. A meeting in November last year between the two parties in the city of Qingdao failed to reach an out-of-court settlement, it said.

“Our attitude is that we will wait for the court’s decision,” Yu Hongfa, secretary of the board at Zhaoyuan Leo Rubber, told Reuters.

“The ins and outs of the whole thing weren’t straightforward. We signed the contract with them after agreeing on prices, and they delayed the shipment, which caused us deep losses because prices had tumbled, so we refused to receive the shipment,” he said.

Late last year, the ARBC decided to blacklist buyers who defaulted on shipments and urged members to ignore requests for discounts after prices halved since hitting a lifetime high at $6.40 a kg in February 2011 on fears the debt crisis in Europe could hurt demand.

Recent declines in rubber prices blamed on worries about the global economy have raised fears of cancellations and defaults by top consumer China.