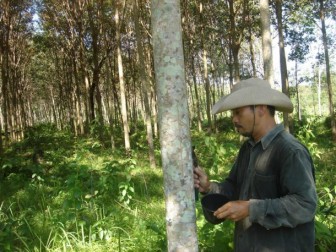 Thailand to purchase 250,000 MT rubber by March to support farmers

BANGKOK : Thailand, the world’s biggest rubber producer will purchase a further 250,000 metric tons of rubber by March after buying 170,000 tons since May. The country will also proceed with plans agreed with Indonesia and Malaysia in August to cut its shipments by 150,000 tons – reported Bloomberg.

The total of 420,000 tons that Thailand may now buy from growers equals 12 percent of last year’s output, according to Bloomberg calculations based on figures from the Association of Natural Rubber Producing Countries.

On the other hand Rubber in Tokyo has entered a bull market, rebounding from a near three-year low in August, after the three countries agreed to cut exports by a combined 300,000 tons. The rally, also driven by prospects for increased demand as China and the U.S. recover, may raise farmers’ incomes, while lifting costs for tiremakers such as Tokyo-based Bridgestone Corp.