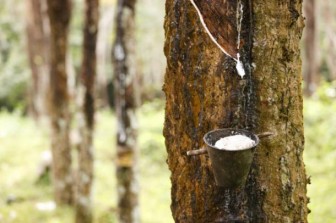 TOKYO, Nov 21 (Reuters) – Key TOCOM rubber futures rose for the fourth straight day and hit their highest in three weeks on Thursday on a weaker yen versus the dollar, with investors looking out for Chinese manufacturing data later in the day for clues on global demand.

* The benchmark, which earlier rose its highest since Nov.1 at 260 yen, has climbed about 4 percent so far this week.

* The TOCOM market is closed for a public holiday on Friday.

* In the first 10 months of this year, China, the world’s biggest rubber consumer, imported 1.75 million tonnes of natural rubber, up 5.6 percent from a year earlier.

* The country has bought a few cargoes from Thailand and Malaysia for nearby shipments, while the cheaper Indonesian grade has attracted purchases from European tyre makers, dealers said on Wednesday.

* Japan’s Nikkei share average rose to a 6-month high on Thursday led by gains in exporters on expectations that a sharply weaker yen would boost their earnings.

* The yen languished near eight-month lows versus the dollar on Thursday as investors gave it a wide berth on expectations of more policy action in Japan, while revived hopes of a Greek loan deal saw the euro stage a dramatic turnaround. A weaker yen makes TOCOM rubber more appealing to holders of other currencies.

* Oil ended higher after thin, volatile trading on Wednesday, as late-day short-covering ahead of a U.S. holiday offset earlier relief over a ceasefire that ended eight days of fighting in the Gaza strip.

* The following data is expected on Thursday: (Time in GMT)