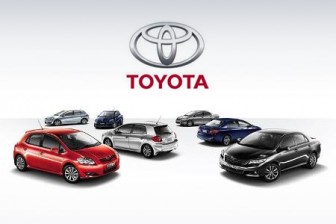 Toyota expects demand in China to rebound to pre-protest levels

Toyota, which saw its China sales plunge for the last two months, said it expects demand for Japanese cars to return to levels before protests erupted in September over a territorial dispute.

Retail sales at its Chinese joint venture, GAC Toyota Motor, have rebounded close to levels before the wave of anti-Japan sentiment, Feng Xingya, executive vice president of the venture, said at a briefing in Guangzhou on Wednesday.

The automaker cut production to ease pressure on dealerships. Stockpile levels have reduced dramatically in the past two months, he said.

“The faster the sales recover the better,” Kunihiko Ogura, president of Toyota’s joint venture with Guangzhou Automobile Group, said. “Our sales are recovering steadily and will return to normal in the not-too-distant future.”

Toyota’s optimism adds to evidence that Japanese automakers are more confident the consumer backlash is fading in the world’s largest auto market.

Nissan said this month its orders and dealership traffic in China had rebounded.

The automakers will join General Motors and Volkswagen at the Guangzhou auto show this week, the first major marketing event since rioters smashed cars and torched dealerships two months ago.

Toyota shares rose 2.2% to close at 3,435 yen in Tokyo Wednesday before the briefing.

“The general expectation in the market is for the situation to gradually normalize in the January-to-March period next year,” Satoru Takada, an auto analyst at Toward the Infinite World, said. “China is the world’s biggest car market and Japanese carmakers have invested a lot into this country already, so withdrawing its plans or not attempting to recover sales is not an option.”

The automaker is also planning to expand in the smaller, or so-called third- and fourth-tier cities, by setting up satellite dealerships, according to Feng.

Japanese car sales plunged in China in September and October after tensions escalated over ownership of a group of uninhabited islands — known as Senkaku in Japan and Diaoyu in China — prompting Honda and Nissan to cut their full- year profit forecasts by a fifth.

Japan’s automakers may suffer production cuts into 2014 and lose a combined 650,000 vehicles in output if tensions don’t abate between the two countries, according to estimates by IHS Automotive.