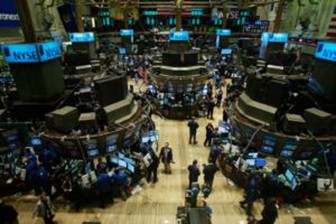 Asian markets were mixed on Monday as investors await the outcome of a meeting later in the day aimed at finalising a bailout deal for Greece, and a simmering budgetary impasse in Washington.

Shanghai was down 0.38 percent while Seoul slipped 0.15 percent.

French Finance Minister Pierre Moscovici on Sunday offered some hope in the long-running saga to reach a deal for Athens, saying that eurozone finance ministers were “very close to a solution”.

The ministers were to meet later Monday for their third effort to agree on unlocking a 31.2-billion-euro ($40.5-billion) slice of aid for Greece as it teeters on the verge of bankruptcy as nervous investors hope for positive news.

“I think that in effect we are very close to a solution,” Moscovici said Sunday.

“I don’t know if there will be an agreement tomorrow, I know it is possible and I want one.”

The mixed Asian trade comes after US stocks rallied Friday on signs that holiday retail sales were off to a good start, with Walmart calling it the “best ever” Black Friday, the traditional discount sales day that kicks off the holiday shopping season.

Investors are also looking out for news of a compromise in Washington that will avert the so-called fiscal cliff of spending cuts and tax hikes, which will likely send the economy into recession if it comes into effect.

Finding a new spending deal to replace the package, scheduled to come into effect on January 1, has been elusive in the bitterly-divided US Congress.

“Certainly from our perspective, we are sceptical about whether there has really been any progress in discussions regarding the US fiscal cliff,” Angus Gluskie, managing director of White Funds Management in Sydney, told Dow Jones Newswires.

The euro had climbed to a seven-month high above 107 yen in earlier Tokyo trade but the unit quickly fell off its perch.

However, the yen has been under pressure recently on expectations the country’s central bank will unveil a new round of monetary easing next month.

On oil markets, New York’s main contract, West Texas Intermediate (WTI) for January delivery, was down 31 cents to $87.97 a barrel in the morning, and Brent North Sea crude also for January eased 23 cents to $111.15.