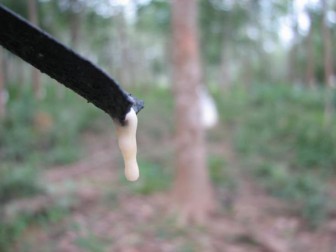 Nov. 26 — Traders in China, the world’s biggest rubber consumer, are increasing imports of the natural variety from Thailand as expectations of stockpiling by the Chinese government push up domestic prices.

We’re buying shipments of Thai Ribbed Smoked Sheet, hoping to deliver against contracts on the Shanghai Futures Exchange, Forrest Hu, managing director at trading company Tower Commodities Ltd., said Nov. 21. I know other traders are doing the same, so such shipments may reach 50,000 tons by the end of January.

Thailand is the largest supplier of the commodity used in tires and bigger purchases by traders in China may help support Tokyo futures, the global benchmark. China will stockpile as much as 200,000 metric tons through 2013, including the purchase of 60,000 tons by the end of this year at 24,600 yuan ($3,952) a ton, the official China Securities Journal said on Nov. 16, citing people it didn’t identify and without giving a reason.

Imports of Thai rubber can make a profit of up to 500 yuan a ton even after adding value-added tax, import duty and fees, Hu said from Shanghai. In a weak economic environment, such profits are enough to attract a lot of traders.

‘Buying More’  Chinese traders are buying more rubber from Thai producers because prices in Shanghai futures are higher than physical prices, Pongsak Kerdvongbundit, honorary president of the Thai Rubber Association, said by phone on Nov. 23. The market is quite active now after a slowdown earlier.

Tokyo futures have climbed 26 percent from the lowest level in almost three years in August after Thailand, Indonesia and Malaysia agreed to cut exports. The April-delivery contract traded at 259.60 yen a kilogram ($3,154 a ton) on the TokyoCommodity Exchange today.

China shipped in 1.75 million tons of natural rubber in the first 10 months, from 1.67 million tons a year earlier, customs data show. Shipments of 50,000 tons would represent 1.4 percent of the 3.57 million tons that Thailand produced last year, according to Bloomberg calculations based on data from the Association of Natural Rubber Producing Countries.

Exchange warehouses in Yunnan, Hainan and Shandong are already full and Tianjin and Shanghai are probably the only places with space left, said Tong Jingjing, analyst at Sri Trang (Shanghai) Ltd., a unit of Thailand’s biggest publicly traded rubber exporter.