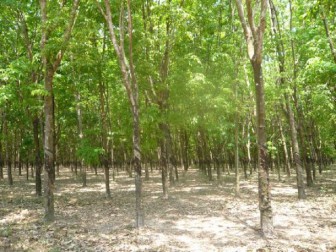 Europe’s main stock markets weakened on Monday in cautious deals as eurozone finance ministers began another Brussels meeting to discuss the release of the next slice of Greece’s bailout cash, dealers said.

Eurozone finance ministers met on Monday for the third time in two weeks on immediate funding to avert a threat of bankruptcy for Greece and to deal with the country’s ever-growing mountain of debt. The meeting started at 1130 GMT.

Greece has been waiting since June for a loan instalment of 31.2 billion euros ($40 billion) to avoid running out of money sometime around the end of the year.

The funds are part of a back-up 130-billion-euro rescue granted early this year.

“Undoubtedly, Greece will take the centre of the stage today again, as yet another summit will try to reach agreement on the financial assistance program for the troubled country,” said trader Anita Paluch at Gekko Global Markets.

“The meeting continues after officials failed to deliver last week a sound solution.

“Although officially no one wants to discuss any haircuts to the debt, as this is politically very unpalatable, a debt waiver is being eyed among talks how to bring Greek debt to sustainable levels.”

In company news, top Barclays shareholder Qatar Holding said in a statement that the group had sold its remaining warrants in the London-listed lender, but added that its 6.7-percent stake was not affected.

However in reaction, Barclays share price dropped 4.17 percent to 243.60 pence, leading the list of falling stocks on London’s FTSE 100.

“Qatar Holding have exercised their warrants into stock — long-term option contracts — in Barclays, which they got their hands on at the height of the banking crisis, and offloaded the stock,” said TJ Markets analyst Manoj Ladwa.

“They still remain holders of their core position and seem to be taking a significant profit out of the trade.”

Elsewhere on Monday, Asian markets were mixed as investors also awaited the outcome of the eurozone gathering, and amid a simmering budgetary impasse in Washington.

The mixed trade comes after US stocks rallied Friday on signs that holiday retail sales were off to a good start, with Walmart calling it the “best ever” Black Friday, the traditional discount sales day that kicks off the holiday shopping season.

That helped boost the Dow Jones Industrial Average by 1.35 percent to finish at 13,009.68 points.

Investors are also looking out for news of a compromise in Washington that will avert the so-called fiscal cliff of spending cuts and tax hikes, which will likely send the economy into recession if it comes into effect.

Finding a new spending deal to replace the package, scheduled to come into effect on January 1, has been elusive in the bitterly-divided US Congress.