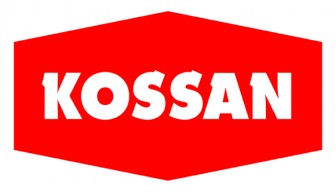 PETALING JAYA: Kossan Rubber Industries Bhd’s earnings are expected to remain steady at least into the next quarter as latex prices stabilises.

BIMB Securities Research analyst Thong Pak Leng said latex prices, which made up to 60% of the glove maker’s costs, had stabilised to RM5.60 per kg since early August. However, he pointed out that glove makers expected prices to rise above RM6 per kg in the longer term.

Thong said in his report that glove makers’ earnings should remain steady into the next quarter while maintaining his earnings forecast over the next two financial years.

Kossan’s third quarter pre-tax earnings margin improved to 12.9% against 10.7% (quarter-on-quarter) and 11.8% (year-on-year) mainly due to lower latex prices and a change in product mix.

It made a net profit of RM29mil for the quarter, up 24% quarter-on-quarter.

On a quarter-on-quarter basis, nitrile prices fell 12% to RM4.22 per kg during the July to September period although it was flat against the same period last year, while natural rubber was trading at RM5.60 per kg.

Rubber prices were trading around RM5.75 per kg this week, off its near-RM8 peak in February. Its lowest point for the year was in mid-August.

Hong Leong Research said in an update that Kossan’s third-quarter results were in line and expected its fourth-quarter earnings to be stronger mainly due to the continued glove demand and lower latex prices.