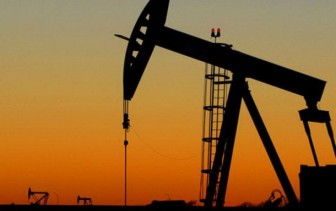 By Robert Gibbons and Matthew Robinson

President Barack Obama spoke with congressional leaders over the weekend to avert the looming “fiscal cliff”  – tax increases and spending cuts that take effect early next year – that markets fear could cause a recession and further dampen fuel demand.

Traders were also eyeing a third attempt by euro zone finance ministers and the International Monetary Fund to release emergency aid for Greece, with policymakers saying a write-down of Greek debt was off the table for now.

While uncertainty about attempts to address fiscal dilemmas on both sides of the Atlantic put pressure to oil prices, the political crisis in Egypt kept fears about Middle East oil supplies in focus, along with the fragile ceasefire in Gaza and the ongoing conflict in Syria.

“Crude is feeling some pressure from the concerns about Greece and Spain, and the nagging worries about the fiscal cliff, with the stock market lower and the dollar index strengthening adding some pressure,” said Phil Flynn, an analyst at Price Futures Group in Chicago.

In addition to the wider economic worries , U.S. equities markets came under pressure o n c oncerns about retail sales as the holiday shopping season gets into full swing.

Trade for both crude contracts held within Friday’s range as players sought stronger signals to break out of levels seen through most of last week. Vo l umes we re light, wi th Brent trade 45 per cent below the 30-day average and U.S. crude down 48 p erc ent below that average just after the settlement.

The plant was the last of the refineries impacted by the storm to resume operations after being hit by floodwaters and a power failure.

Crude came off early lows following news that oil shipments from Nigeria – one of the worlds top 10 exporters – would drop to 1.98 million barrels per day in January from 2.12 million bpd in December following a fire, an oil spill and flooding, which have all impacted production.

In addition, violent protests in Egypt over an expansion of the powers of President Mohamed Mursi that could destabilize the  region remained in focus. The crisis helped lift prices on Friday.

On Monday, Mursi held negotiations with senior judges to try to defuse the situation. The justice minister said he believed Mursi would agree with Egypt’s highest judicial authority on its proposal to limit the scope of the new powers.

Egyptian mediators began separate talks on Monday with Hamas and with Israel to flesh out details of a ceasefire agreed last week that ended eight days of fighting in the Gaza Strip that had help lift oil prices this month.

Ahead of weekly U.S. inventory data due out on Tuesday and Wednesday, analysts forecast a build in crude and refined product stockpiles for the week to Nov. 23.