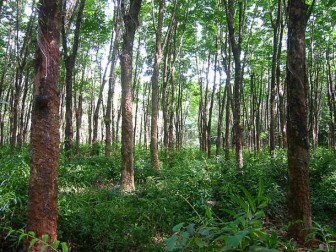 * The front-month November contract will expire on Monday.

* The most active rubber contract on the Shanghai futures exchange for May delivery on Friday closed down 1 percent at 24,275 yuan per tonne.

* Volkswagen AG has earmarked 50.2 billion euros ($64.7 billion) of investments over the coming three years as it accelerates plans designed to help it become the world’s largest car maker by the end of the decade.

* U.S. crude oil futures settled up 90 cents at $88.28 a barrel on Friday, lifted by fresh protests in Egypt and optimism about talks on releasing aid to Greece.

* Japan’s Nikkei share average rose 1 percent in early trade on Monday and may test a seven-month high, supported by climbs on Wall Street and expectations that a weaker yen will boost earnings for exporters.

* The following data is expected on Monday: