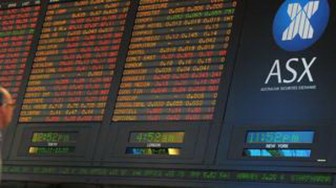 TOKYO (Reuters) – The euro hit a one-month high and Asian shares climbed for a seventh straight day on Tuesday after a deal on new debt targets for Greece and a political agreement on disbursing the next installment of aid.

“Although somewhat anticipated by the market, the successful agreement over Greece’s emergency aid is expected to be an upside influence,” Um Tae-woong, an analyst at Bookook Securities, said of Seoul shares.

But Japan’s Nikkei stock average (.N225) edged 0.2 percent lower after hitting a seven-month closing high on Monday. The benchmark has climbed more than 8 percent in two weeks as the yen has weakened on expectations of easier monetary policy with the likely advent of new government. (.T)

Hiroshi Maeba, head of FX trading Japan for UBS in Tokyo, cautioned that the euro still faced downside risks as the latest agreement does not offer a fundamental resolution to the euro zone’s debt crisis.

“The euro gained but the rise is small, and it’s unlikely that it will climb further, with big funds winding down their positions ahead of the year-end. Any rise will be countered by selling to cap the euro’s upside,” Maeba said.

Greece’s international lenders agreed to reduce Greek debt by 40 billion euros to 124 percent of gross domestic product by 2020 through a package of steps, sources said.

Eurogroup President Jean-Claude Juncker said there had been a political agreement on the next disbursement of aid to the near-bankrupt economy.

Measures agreed to included the lowering of the interest rate charged on loans made to Greece and the return of profits made on Greek bonds by the European Central Bank to Athens.

A source familiar with the discussions of the ministers said that the ministers have agreed to launch a voluntary buyback of Greek debt and will offer private investors 35 cents for each euro of Greek bonds they hold.

Market attention is now expected to focus on the fiscal policy standoff in the United States. A lack of progress on that front had contributed to weakness in shares and the euro on Monday.

“Now people will start focusing on the U.S. fiscal cliff and there could be some nervousness there, particularly if it drags on,” said Burrell & Co dealer Jamie Elgar of Australian shares.

Republicans in the U.S. Congress on Monday called on President Barack Obama to detail long-term spending cuts to help solve the country’s fiscal crisis, while holding firm against the income tax rate increases for the wealthy that Democrats seek.

The dollar was down 0.1 percent against the yen at 81.98 yen. Traders said some investors unwound long positions in the dollar built up in recent weeks on expectations that a new government for Japan, which is likely to be installed after next month’s election, will pressure the central bank to pursue aggressive monetary easing.

The dollar was also down 0.2 percent against a basket of key currencies (.DXY), helping to underpin dollar-based commodities.

(Additional reporting by Ayai Tomisawa in Tokyo, Joyce Lee in Seoul and Victoria Thieberger in Melbourne; Editing by Edwina Gibbs)