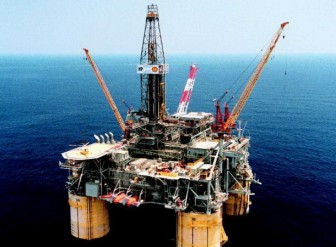 * OECD: Risk of serious global recession cannot be ruled out

By Robert Gibbons and Matthew Robinson

NEW YORK, Nov 27 (Reuters) – Oil prices fell on Tuesday, weighed down for a second straight day by concerns about key U.S. budget talks, while gasoline futures got a boost from low inventory levels.

The U.S. Congress showed some signs of advancing toward a compromise on taxes and spending, but a firm deal by the end of the year appeared miles away and Senate Majority Leader Harry Reid expressed disappointment with progress from talks so far.

Greece’s international lenders agreed to a package of measures to reduce Greek debt by 40 billion euros, cutting it to 124 percent of gross domestic product by 2020, but analysts warned the deal did not spell the end to Europe’s problems.

“The euro zone still has growth issues even if we accept the Greek deal as enough to sustain financial stability and keep Greece in the European Union,” said Tim Evans, an energy analyst for Citi Futures Perspective.

Most of the oil complex, front-month December gasoline prices saw slight gains as investors eyed low inventory levels on the East Coast – which includes the New York Harbor delivery point for the contract. The contract is set to expire on Friday, and Evans noted the stock shortfall in the region has helped boost gasoline futures as they headed into expiry over the past two months.

Traders were awaiting weekly inventory data from the American Petroleum Institute, expected to show a build in gasoline and crude stockpiles for last week, when it is released later on Tuesday. Distillate stockpiles were seen declining slightly.

Adding to bearish economic sentiment, the Organization for Economic Cooperation and Development (OECD) cut its global growth forecasts, saying the debt crisis in the recession-riddled euro zone is the greatest threat to the world economy.

Investors also kept watch on the political crisis in Egypt, which has exacerbated concern about potential disruptions to oil supplies in the Middle East.

Opponents of Egyptian President Mohamed Mursi rallied in Cairo’s Tahrir Square for a fifth day on Tuesday, stepping up calls to scrap a decree they say threatens Egypt with a new era of autocracy.

Syrian war planes attacked towns in the country’s north and east as fighting raged in the capital Damascus on Tuesday, opposition activists said.

Bombs targeting ethnic Kurds killed four people on Tuesday in the city of Kirkuk in Iraq’s disputed northern territories, where the Iraqi army and troops from the autonomous Kurdistan region have been in a stand-off for more than a week.