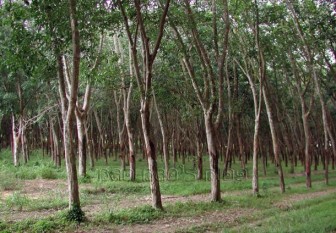 Tocom rubber futures down on negative trend in Crude Oil

TOKYO: TOCOM rubber futures edged down early on Tuesday, tracking early losses in oil and shares amid investor caution over the steady pace of gains in the past two weeks.

The key Tokyo Commodity Exchange rubber futures for April contract were down by -2.0 yen at 257.8 yen per kilogram as of 14.40 JST on Tuesday.

Switzerland’s Foster Wheeler AG FWLT.O said on Monday that, it had been awarded an engineering, procurement and construction management contract in China for the world’s largest synthetic rubber plant. The new facility will be designed to produce 160,000 tonnes per annum of ethylene propylene diene monomer rubber, it said.

The dollar nursed its recent losses against the yen and last fetched 82.05 yen having slipped 0.4 percent on Monday.