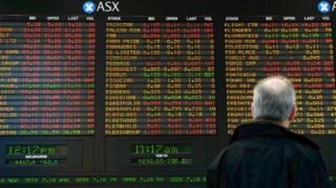 TOKYO (Reuters) – Asian shares ended a seven-day winning streak on Wednesday as investor concern rose over whether U.S. lawmakers were putting the world’s largest economy at risk of a recession by failing to make headway in their budget talks.

Tuesday’s agreement by international lenders to cut Greece’s debt offered relief that the country has averted an imminent bankruptcy, but scepticism over the lack of details on how Athens will carry out budget reforms to meet its new debt targets capped a rise in European shares and the euro.

Australian shares (.AXJO) fell 0.4 percent, easing from two-week highs. Government data on Wednesday showed a slowing in investment in the resource sector, the main driver of Australian growth, as costs rose and commodity prices decline, driven by a drop-off in Chinese demand.

Committed investment in major resources and energy projects still rose to A$268.4 billion at October 31 from A$260.8 billion at end-April, but the rise partly reflected higher project costs and masked a fall in the number of projects said Australia’s Bureau of Resources and Energy Economics.

The agreement on Greece is good news in that it opens the way for disbursements to prevent a default on upcoming debt payments, but it does not address medium-term financing and debt sustainability issues, Barclays Capital analysts said in a note.

“The uncertainty brought by this approach makes European assets, including the EUR, vulnerable to global growth risks. For that reason, we think the European muddle through amplifies the market’s response to the fiscal cliff discussion in the US.”

The Nikkei has risen 8.8 percent over the past two weeks since the government announced a December 16 election. Japan’s main opposition party is forecast to win power and investors expect it will force the Bank of Japan into aggressive easing.