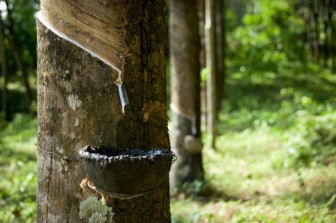 TOKYO, Nov 28 (Reuters) – Key TOCOM rubber futures slipped 0.9 percent early on Wednesday as investors stayed away from the market amid concerns about weak demand due to global economic problems.

* Rubber stocks held by the Thai government stand at 170,000 tonnes and are expected to rise substantially over the next few months as the government steps up buying to support prices, the deputy agriculture minister said on Tuesday.

* U.S. crude oil futures fell 56 cents to $87.18 a barrel on Tuesday on concerns about the progress of key U.S. budget talks.

* Japan’s Nikkei average slipped in early trade on Wednesday, on track to end a four-day winning streak, on concerns that an apparent lack of progress in the fiscal policy standoff in the United States could trigger a recession.

* The following data is expected on Wednesday: