From the continuous depreciation of the yen the pull Shanghai rubber price, early termination and the market expected the Fed easing monetary policy. Shanghai rubber to experience 冰火两重天. High Inventory terminate the purchase plan and Thailand and India and Malaysia, Thailand Three restrict export measures introduced, Shanghai rubber market outlook is bleak, but the good of China, the United States, the United Kingdom and sales data slow Shanghai rubber decline.Projected Shanghai rubber 1309 contract as a whole is in the range of oscillation trend. Recommended in 24000-25300 range trading.

Spot market: in early February due to the Chinese New Year approaching, the spot market is basically in no transaction trend traders bullish outlook, the offer is generally high. The Lantern after, the spot market traded slightly restored. However, affected by futures fell, the market to wait and see. 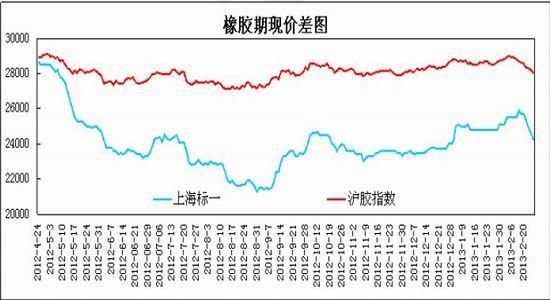 January to discuss interest rates rose on the purchase of assets controversial inside the Fed minutes show Fed policy shift time or earlier than the market expected the end of 2013, the main storage Committee members expressed concern about the cost and risk of further asset purchase. FOMC meeting minutes of the first time mentioned the risk of purchasing assets compared with December, the minutes of the meeting, discussion of the issue of space longer, more detailed display inside the Fed controversial suspension of the asset purchase rose. The United States and the European debt crisis, the prospects still uncertainty whether the U.S. economy can be maintained in the case of the first half of fiscal austerity early recovery is still need further confirmation, while the European economy is still at the bottom, also need further economic data confirm the economy has started out of the debt crisis, uncertainty in double next to tend to loose the Fed will not rashly let monetary policy shift. The Fed has made it clear the direction of monetary policy mainly depends on the recovery of the job market. Currently, the market is widely expected financial crunch in the U.S. economy in the first half of a drag on the pace of economic recovery or slow down, and improve the end of the first half of non-farm employment has not deteriorated significantly, still maintain a monthly growth rate of 120,000 in the next 3-5 months, Fed years will abort QE3. In accordance with the principle of transparency of the Fed policy, before officially suspended QE3, the Fed will be to the outside world through a variety of formal and informal ways to release or termination of the policy signal, so if the next weak non-farm recovery is good, in the late second quarter policy shift signal that may occur.

Shinzo Abe was elected Prime Minister of Japan, combined with various sayings Shinzo Abe election, the market is expected to Abe will increase pushed the monetary easing measures the likelihood is great. Japanese government finalized a total of up to 10 trillion yen emergency economic stimulus plan, which contains over 5 trillion yen in public works spending and to provide financial assistance to stimulate corporate investment and small business; this point of view, Japan substantial investment in the construction of public facilities, will stimulate demand for large equipment, etc., to help boost demand for rubber. The same time, in order to increase pushed the salvage, Japan in fiscal 2013 will increase by 5 trillion yen of debt, ample liquidity in the market, will allow the yen to downward pressure. With the depreciation of the yen, the yen-denominated Japanese rubber prices will gradually upward. The day rubber prices uplink will drive prices Shanghai rubber. Overall, Japan’s monetary policy is to increase public spending and to release liquidity by buying bonds, the Bank of Japan announced inflation target to 2% from 2014 started an unlimited amount of assets to buy. G20 summit, the countries members of Japan’s easing policy is not “name and shame” the failure of the international public opinion to put pressure on to Japan, it is expected that the trend of depreciation of the yen will not change in the short term.

The Thai government said the price of rubber has reached the target of the policy in March, when the government will terminate rubber purchase plan. At the same time, the rubber printed Mattei three governments restrict the export measures will also be at the end of March. Seen in this light in March after the whole peripheral rubber supply will be in a loose range.Stop cutting the main rubber producing areas in China in early January and the end of December. Thailand because precipitation makes more extend the tapping period, followed by the arrival of the defoliation rubber into stop cutting period. Expected to stop cutting in northern Thailand in mid-February to late February in southern Thailand, stop cutting, basically the same as in previous years. The new rainy season is expected to slightly delayed arrival in May 2013, compared with previous years. 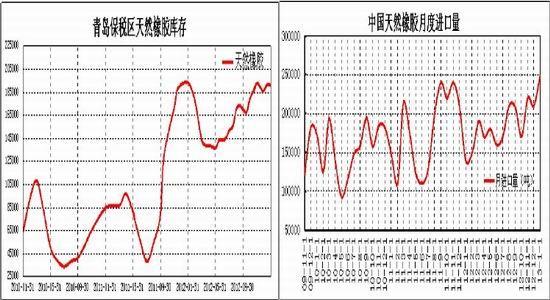 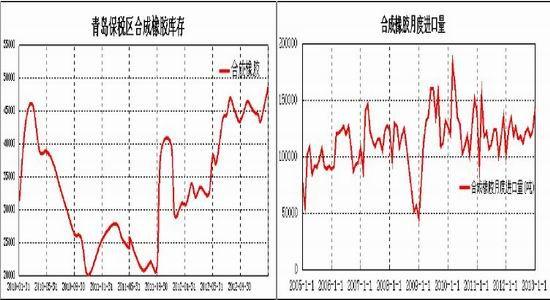 China’s auto sales in January rose 46.4% to 2,034,500, a record high.Caused such a dramatic fluctuation mainly to carry out massive markdowns and auto dealers in order to achieve marketing goals disguised price cuts, and the consumers are more willing to buy a new car in the New Year approaching car prices before the Lunar New Year. In addition, a lot of car prices at the end of 2012, the reported number of time, are hidden some sales, these sales are usually in January this year, when ‘release’ out. Vehicle production in January was 1,964,500, an increase of 51.17%. Addition to demand increased production, there is the January working days compared to the same period last year, more than five days. Finally, the China Automobile Dealers Association said in November China’s auto inventory continuous decline in December, auto sales turn.

Overall, China’s auto sales has been a continuous increase, Furthermore, car stocks to loosen China’s car is warmed up. 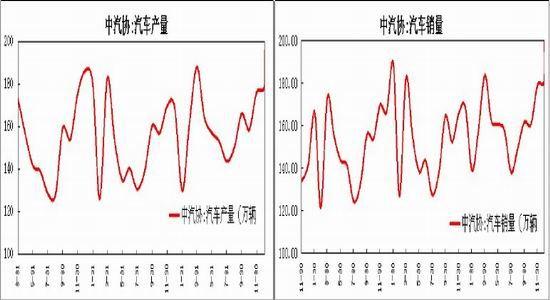 Bureau of Statistics and the General Administration of Customs concentrated announced in January, February tire of national output and export data. Expected slight increase in year-on-year in the two data trend.The main reasons: first, China’s automobile production and sales data for January performance is still good; Second, in the late 2012’s when, tires auto fill inventory means that the tire companies are optimistic about the market outlook; Third, the United States and the United Kingdom in January automobile production and sales data continued to perform well, is expected to boost tire exports. Tire production and exports is expected to remain the trend of an increase. 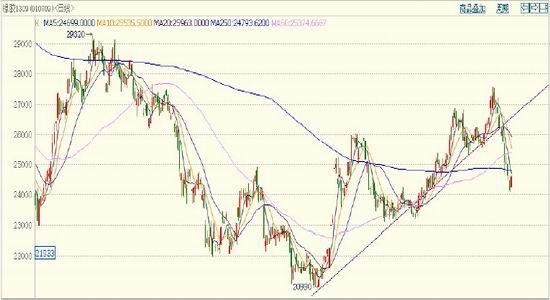 Macro level, Japan continues to remain accommodative quantitative policy; Fed still continue to be released in the short term market liquidity. China’s central bank this month, a lot of repo, a monetary policy tightening trend, but is currently in the “two sessions” held to raise deposit reserves and interest rates and other monetary policy will not be issued. Maintain an accommodative monetary policy overall trend.

Thai government terminated the rubber purchase plan and the Government of India and Malaysia, Thailand Three measures of restrictions on rubber exports will be the increased supply of rubber, high inventory of rubber makes the rubber worse. Downstream car production and sales are expected to continue to increase, to ease the supply pressure to the arrival of the peak season for sales of commercial vehicles in March, will concern the sales of commercial vehicles can drive the car again stronger demand.

Overall passenger cars mainly downstream demand continues to take a good, urbanization also makes the market the commercial vehicle market is expected gradual recovery in March, pulling the rubber consumer strength.However, the supply pressure will limit the upside of the rubber. Expected in March the 1309 contract Shanghai rubber was a range of oscillation momentum.Recommended in 24000-25300 range trading.

Translated by Google Translator from http://market.cria.org.cn/25/13166.html

The current price gap of natural rubber is narrowing and the...