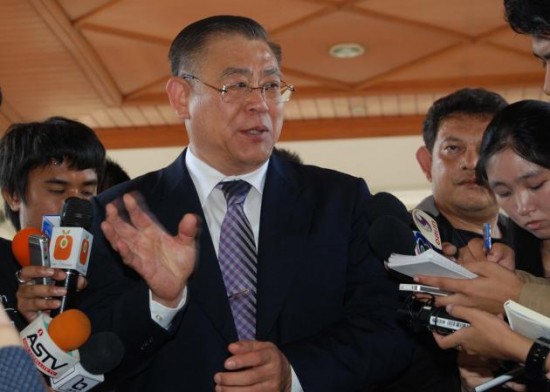 Although Thailand is a major rubber producer, it has no influence over the global market price as the country has to rely mainly on exports, Agriculture Minister Yukol Limlaemthong said yesterday.

He said Thailand produced about 3.6 million tonnes of rubber a year, some 3 million tonnes of which was exported. Because of the global economic recession, the price of the commodity has fallen from a peak of Bt120 a kilogram to Bt70 at present, according to the agriculture minister.

Yukol, who is also a deputy prime minister, said the government now had about 200,000 tonnes of rubber in its stockpiles. The Agriculture and Cooperatives Ministry’s Rubber Estate Organisation last year bought rubber from farmers at Bt100 a kilogram, with the goal of boosting the market price to Bt120. As at the end of March this year, some Bt20 billion had been spent on a project aimed at shoring up the rubber price – out of Bt45 billion allocated for the project.

The minister said the government had been approached by Chinese importers who offered to buy rubber at Bt60 a kilogram, or Bt40 lower than what the government had offered farmers. He said the reason importers offered such a low price was that they were aware that the Thai government still has large quantities of rubber in its stockpile.

Vietnam: Over 100,000ha of rubber plantations to get sustainable forest management...

Rubber to be cultivated across 1,000 hectares in Moneragala