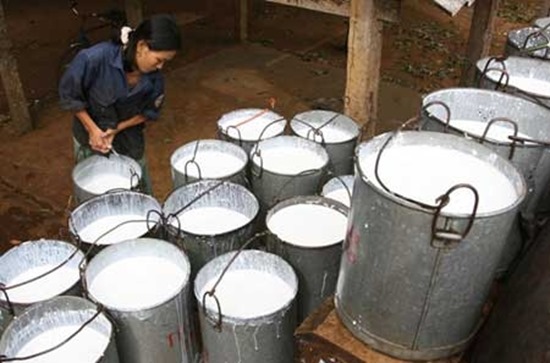 The Ministry of Finance has collected ideas from ministries and businesses on reducing the export tax for natural rubber products to make life easier for enterprises currently faced with high inventories and decreasing selling prices.

After gathering feedback, the ministry proposed to reduce the export tax for condensed latex rubber and mixed rubber from the current 3 per cent and 5 per cent rates to 1 per cent. However, the tax ratio of other natural rubber products is set to be raised from zero per cent to 1 per cent.

The Viet Nam Rubber Association has been one of many voices calling for the ministry to exempt export taxes for all natural rubber products.

It said the move was important because prices from rubber exports had sharply reduced. The price last year was US$2,795 per tonne, representing a 30 per cent decrease over 2011 when the price hit a highest level of $4,562 per tonne. The export tax took effect in 2011.

In the first seven months of this year, rubber prices continuously fell. The average price in the first quarter was $2,685 per tonne, 41 per cent lower than the highest level in 2011 and a reduction of 8 per cent year-on-year.

The association said the low price would remain for the next few years due to the global economic downturn, high inventories and increasing supply as other countries have expanded their rubber production.

It added that 83 per cent of Viet Nam’s total annual natural rubber output was exported. The export price by the end of this year was forecast to reach at least $2,300 per tonne, a much lower sum than that of 2011.

The tax would limit exports of rubber businesses, therefore reducing the competitiveness of Vietnamese rubber compared with neighbouring countries, it added.

Luu Duc Huy, deputy director of the ministry’s Tax Policy said they have finished the circular draft to amend the export tax, adding that if the related ministries and agencies agreed to the changes, they would be implemented without delay.

Currently, the inventory levels of the Viet Nam Rubber Industry Group stand at about 60,000 tonnes. By the end of the year, the volume is expected to reach 200,000 tonnes.