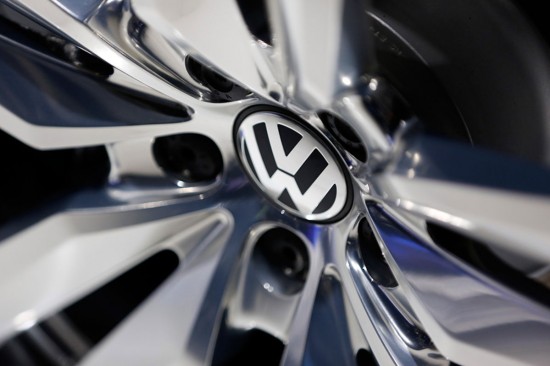 European new-car sales rose a third consecutive month in November, the longest period of gains in four years, as demand for autos from Volkswagen AG and Renault SA (RNO) contributed to signs that an industrywide decline is ending.

Registrations in November increased 0.9 percent from a year earlier to 975,281 vehicles, the Brussels-based European Automobile Manufacturers Association, or ACEA, said today in a statement. The growth followed gains of 4.6 percent in October and 5.5 percent in September.

The economy of the 17 nations sharing the euro will probably expand this quarter, continuing growth after a six-quarter recession in the region ended in the three months through June, according to analysts surveyed by Bloomberg. New vehicles boosting car sales in Europe include the Golf hatchback and Skoda Rapid Spaceback wagon at Volkswagen, the region’s biggest carmaker, and the Captur compact crossover at Renault.

The regional auto market is still on track for a sixth straight annual decline, as 11-month registrations fell 2.8 percent to 11.4 million cars. Full-year sales in 2012 dropped 7.8 percent to 12.5 million vehicles.

Even with the three-month gain, the longest stretch of growth since the period from June 2009 to March 2010, sales remain close to the lowest since the ACEA began compiling figures in 1990, said Quynh-Nhu Huynh, the trade group’s economics and statistics director. Except for November, when figures were the third-worst for the month, “registrations recorded for every month this year were at the lowest level or second-lowest ever recorded to date,” she said in an e-mail.

The only large European carmakers to post group sales increases in the region last month were Wolfsburg, Germany-basedVolkswagen (VOW) and Renault.

Renault, based in the Paris suburb of Boulogne-Billancourt, increased European sales 8.9 percent, including a 2.6 percent gain at its main brand and a 30 percent surge at the entry-level Dacia division, whose offerings include a new version of the Sandero hatchback.

Renault and larger French competitor PSA Peugeot Citroen (UG) were the manufacturers offering the steepest discounts in Germany, averaging 13.6 percent off the list price, according to Autohaus PulsSchlag trade magazine. Asian producers ranked a combined fourth in discounting in Germany, Europe’s biggest vehicle market, at 12.6 percent, while Volkswagen was sixth with price cuts of 11 percent.

“We are likely at the end of a very deep downturn for the industry but a recovery is very much linked to a real end of government austerity measures in Europe, which have mainly hurt Mediterranean countries,” Gian Primo Quagliano, head of automotive-research company CSP in Bologna, Italy, said by phone. “The boost at VW and Renault, especially at the Dacia brand, shows consumers are ready to buy new models and that carmakers coming out with new vehicles can benefit.”

Peugeot, Europe’s second-biggest carmaker, posted a 1.2 percent sales decline in the region last month as a 4.3 percent drop at the Citroen division overwhelmed a 1.3 percent gain at the Peugeot brand.

GM is pulling Chevrolet out of Europe by the end of 2015 to devote resources to restoring profit at German producer Opel and U.K. unit Vauxhall, the Detroit-based carmaker said on Dec. 5. A week later, GM sold its 7 percent stake in Paris-based Peugeot as the manufacturers scaled back an alliance amid the French company’s strategy shifts, which include deepening a partnership with Chinese producer Dongfeng Motor Corp.

Fiat’s European sales fell 5.8 percent, with drops of 3.5 percent at the namesake brand, 19 percent at the Alfa Romeo division and 14 percent for Lancia and Chrysler models. The Turin-based carmaker plans to invest as much as 9 billion euros ($12.4 billion) on new models to end European losses in three years and revive its nearly empty Italian factories, two people familiar with the matter said last week.

In addition to bolstering the upscale Maserati and Alfa Romeo marques with new “Made in Italy” vehicles, the carmaker will focus the Fiat line on variants of the trendy 500 subcompact and the budget-oriented Panda small car, ditching a former best seller, said the people.

Sales in the region by Hyundai Motor Co. (005380), South Korea’s largest automaker, fell 7.8 percent. The Seoul-based carmaker is targeting delivery gains in Europe next year as a new version of the i10 small car adds to the effects of an industrywide revival, Allan Rushforth, head of the company’s business in the region, said a week ago, citing “a number of new opportunities” for 2014.