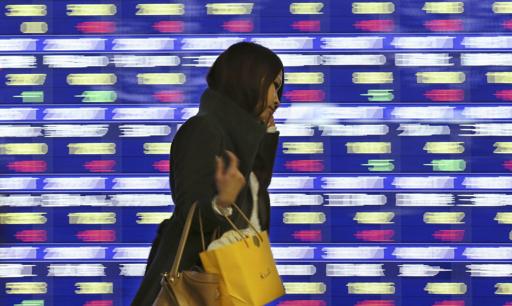 MANILA, Philippines (AP) — Asian stock markets were mostly higher on Wednesday as the world awaits indication from U.S. Federal Reserve on when it will start reducing its monetary stimulus.

In Southeast Asia, bourses in Indonesia and the Philippines rose. The market was nearly flat in Singapore and slightly down in Malaysia.

The Mizuho Bank Ltd. in Singapore said markets are awaiting the Federal Open Market Committee’s decision, and uncertainties on the outcome later in the day were already felt by stock markets Tuesday, with U.S. and European bourses losing ground.

“While the key rate is expected to remain unchanged, the attention will be focused on the Fed’s move on taper,” it added in a market commentary. “Markets are generally expecting the Fed to wind down asset purchases in (the first quarter of) 2014, but recent developments suggest that taper in December cannot be ruled out.”

On Wall Street, the stock market edged slightly lower Tuesday at the start of the two-day policy meeting that may herald the beginning of the end for the Fed’s economic stimulus.

Few expect that the Fed will announce that it plans to pare back, or ‘taper,’ its huge bond-buying program after its meeting wraps up on Wednesday. However, good news on the U.S. economy this month, including a blockbuster jobs report, and a budget deal in Washington appeared to have increased the likelihood of a change.

The Fed’s $85 billion of monthly bond purchases have kept U.S. interest rates low to encourage economic recovery but also sent a flood of money into stock markets worldwide in search of higher returns.

In energy markets, benchmark crude for January delivery gained 14 cents to $97.36 a barrel in electronic trading on the New York Merchantile Exchange. The contract dropped 26 cents, or 0.3 percent, to $97.22 a barrel on Tuesday.