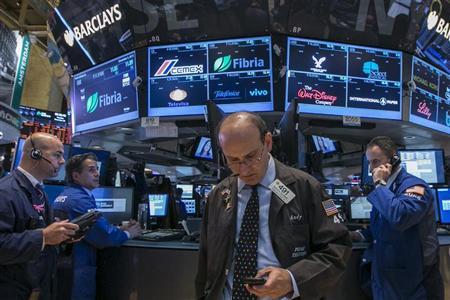 Asian stocks, dollar up on hopes for global growth

SYDNEY (Reuters) – Asian share markets were mostly higher on Wednesday as the World Bank upgraded its outlook for the global economy while the dollar extended gains in the wake of surprising strength in U.S. consumer spending.

A pullback in the yen was welcomed by the Japanese market, with the Nikkei bouncing 1.8 percent after suffering its sharpest daily drop in five months on Tuesday.

Helping the better mood overall, the World Bank upgraded its forecast for global growth this year by two tenths to 3.2 percent, and predicted a faster pace for both 2015 and 2016.

While it trimmed forecasts for some developing nations, including China, growth as a whole was seen accelerating to 5.3 percent this year.

“The performance of advanced economies is gaining momentum, and this should support stronger growth in developing countries in the months ahead,” said the bank’s chief Jim Yong Kim.

Shares in Shanghai dipped 0.6 percent, but there was little obvious impact elsewhere in the region.

U.S. CONSUMPTION ON THE UP

The U.S. currency had sprung ahead on Tuesday after retail data soothed the hurt done by last week’s disappointing payrolls report. While the headline measure of retail sales rose only a modest 0.2 percent, a core measure favoured by analysts beat all expectations with a jump of 0.7 percent.

“Growth in final sales, particularly household consumption, appears to have picked up sharply in Q4,” said Barclays economist Peter Newland. The bank lifted its forecasts for economic growth in the quarter to an annualised 3.5 percent.

That, combined with a burst of merger activity and earnings beats by Wells Fargo and JPMorgan, helped lift the Dow 0.71 percent. The S&P 500 added 1.08 percent and the tech-laden Nasdaq jumped 1.69 percent.

Price moves have been wild recently as the market tries to second-guess the speed of tapering by the Federal Reserve, and when it might actually start raising interest rates.

Two of the most hawkish of Fed officials, Dallas Fed chief Richard Fisher and Charles Plosser at the Philadelphia Fed, on Tuesday advocated sticking with tapering.

It will be the turn of the more dovish head of the Chicago Fed, Charles Evans, to give the next speech later on Wednesday.

Oil prices were little moved after a mixed performance overnight. U.S. crude was unchanged at $92.59 a barrel, while Brent eased 8 cents to $106.31.