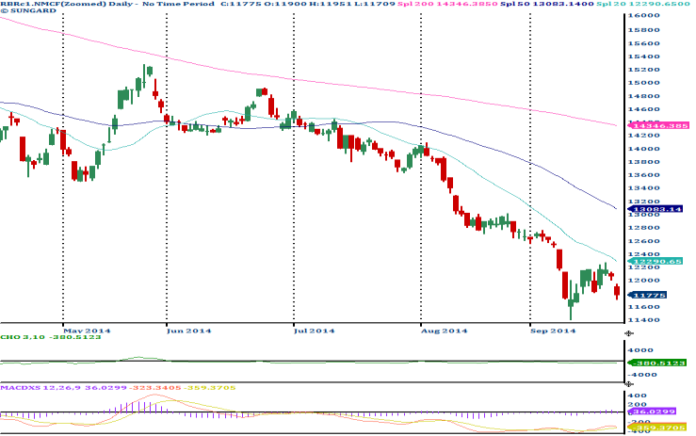 RSS4 in the Indian market were seen declining on Monday. In the spot market, RSS4 grade rubber dipped to Rs.123.50 a kg while on NMCE the grade lost ground, shedding nearly three per cent. Steep plunges witnessed in the major international natural rubber market coupled with poor demand pressurized prices to move south despite thin supplies to the market. In the meantime, in the overseas market on Tuesday, the commodity is seen stretching previous session losses with SHFE rubber futures dropping more than 2.5 per cent on persisting concerns over demand from China. Even as manufacturing PMI data from China rose unexpectedly in September, worries over fall in employment kept alive the worries over economic growth in the world’s largest economy. The trend setting TOCOM exchange remained closed on account of Autumnal Equinox Day today.

⊳ According to Thailand’s Office of Agricultural Economics NR production in Thailand is likely to rise to 4.58 million tonnes from 4.38 million tonnes as tapping area increased in the country’s north and north-eastern provinces.

⊳ India’s NR production in August declined 26% to 51000 tonnes on YoY basis while consumption registered a rise of 4.2% to 85000 tonnes. Imports declined as well to 42499 tonnes compared to 43221 tonnes imported during the same period last year. 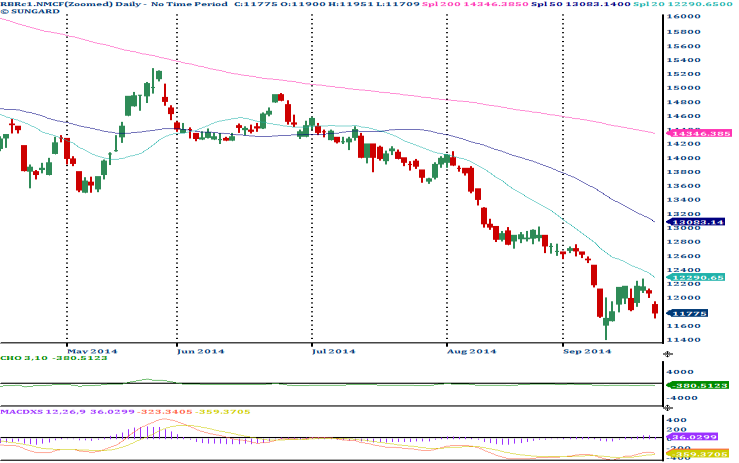 With slippage past 11800, weakness persists and is likely to continue towards 11650 or more to 11450, which if held downside could call for a bounce back. Alternatively, a direct rise past 12050 could lift prices towards 12250 but it is mandatory to sustain above the same for further rise.