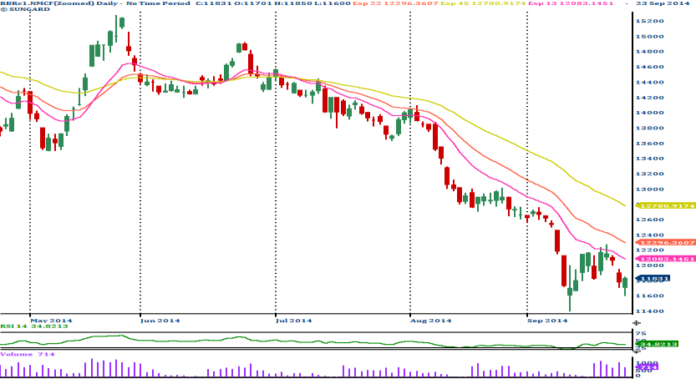 ⊳ A mixed trend was witnessed in the local natural rubber market on Wednesday. In the physical market, RSS4 extended losses and was quoted around Rs.122 a kg, while on NMCE, the grade ended in green following an initial fall. Overall market sentiments continue to be feeble as demand stays subdued amidst steep declines in the overseas market. However restricted arrivals to the market lend some support.

⊳ On Thursday, natural rubber took a pause from the recent steep declines. Following an initial fall towards five and a half year lows, TOCOM rubber futures were seen paring initial losses. SHFE and AFET rubber futures rose as well from the multi year lows. While worries over economic growth in China continues to haunt the market amidst oversupply, comments from the Thai Agriculture Ministry official that the government was likely to postpone the sale of remaining stockpiles may have probably soothed the sentiments. 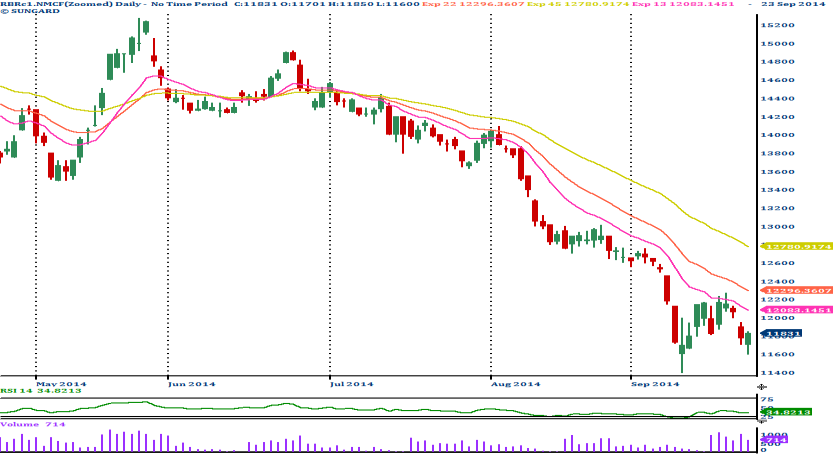 The bounce back witnessed in the previous session following a fall to 11600 is likely to stretch and successful trades above 12050 could see a rise towards recent high or more. Unanticipated fall below 11450 will intensify bearishness.