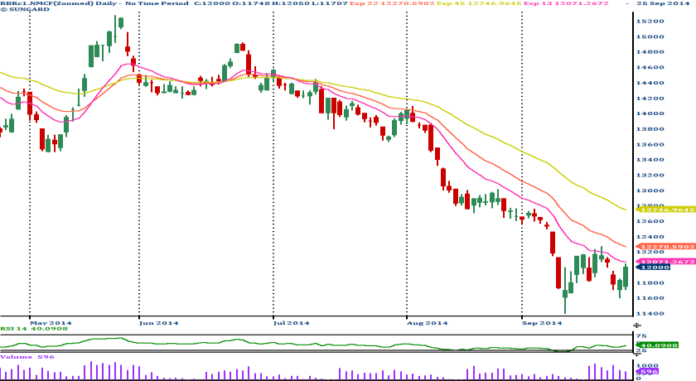 ⊳ Sentiments stayed muddled in the Indian natural rubber market. Despite steep declines witnessed in the overseas natural rubber market, RSS4 grade rubber traded rather steady in the physical market on Thursday while on NMCE, the commodity trimmed initial losses with the near month October rubber futures culminating the session in green. Thin supplies to the market probably have had lend lower level support even as the demand from the tyre sector stayed subdued.

⊳ As the week’s session culminates, a rebound is being witnessed in natural rubber prices in the major international market. SHFE rubber futures bounced up about four per cent while rubber futures on TOCOM gained more than two per cent. Expectations that Thailand may take necessary steps to prop up the commodity amidst farmers protest lend support. 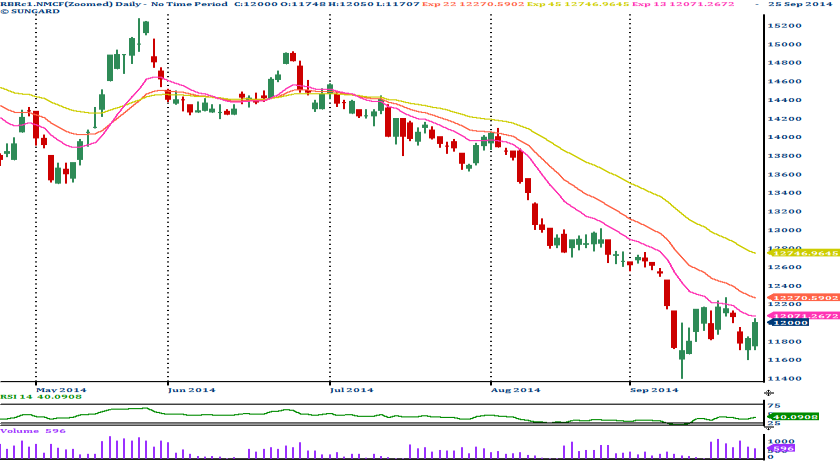 Breaking and sustaining of the immediate resistance of 12050 could take prices higher towards 12250, but it is mandatory to consistently trade above the same for further upsides. Alternatively slippage past 11800 could call for 11600/11450 levels.