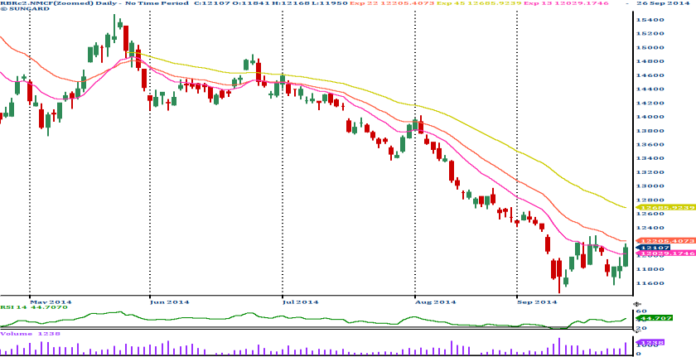 ⊳ In the week gone by, volatile moves were witnesses in natural rubber in Indian market. In the physical market, RSS4 grade rubber was held inside the range of Rs.12100-12400 per 100 kg. While the overall trend stayed bearish, restricted supplies to the market and anticipation that Central government may take necessary steps to prop up prices improved the sentiments. However, deep plunges in the major overseas market and jaded demand from the tyre sector weighed on. On NMCE, meanwhile, zigzag moves were witnesses, but the commodity managed to culminate the week’s session in green for the first time in five weeks.

⊳Natural rubber prices in the major overseas market are seen declining as the week’s session commences, reversing previous day’s gains. SHFE rubber futures dropped more than 2.5 per cent, while on TOCOM the commodity was down more than 1.5 per cent.

⊳ Rubber inventories in the warehouses monitored by SHFE declined by 2192 tonnes to 162649 tonnes last week. 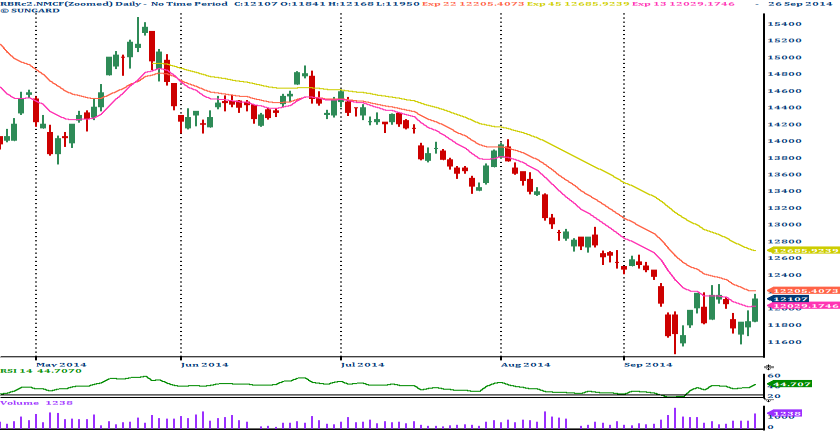 A rebound is being witnessed currently after taking support near 11600. However, such up moves may be short lived if it is unable to clear and sustain above 12300 with volumes. Alternatively a direct fall below 11900 could see a revisit towards recent lows or more.