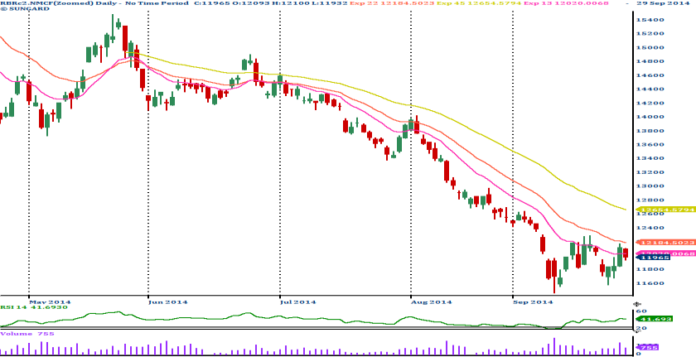 ⊳ Sentiments seemed to be muddled in the local natural rubber market. On Monday, RSS4 in the physical market steadied near Rs.123 a kg, while on NMCE, it was seen declining. The most active November rubber futures on NMCE dropped nearly 1.5 per cent. The underlying sentiments stayed feeble and decline in natural rubber prices in the major overseas market added further pressure on prices to move south. However, limited supplies to the market probably restricted steep declines as witnessed in the overseas market.

⊳ On Tuesday, natural rubber is seen reversing previous day’s losses in the international market. TOCOM and SHFE rubber futures are seen inching up. Fall in natural rubber exports from Thailand and data indicating strong export growth in China improved the mood. However, a week long holiday in China from tomorrow is likely to weigh on the sentiments.

⊳ Rubber inventories in the warehouses monitored by SHFE declined by 2192 tonnes to 162649 tonnes last week. 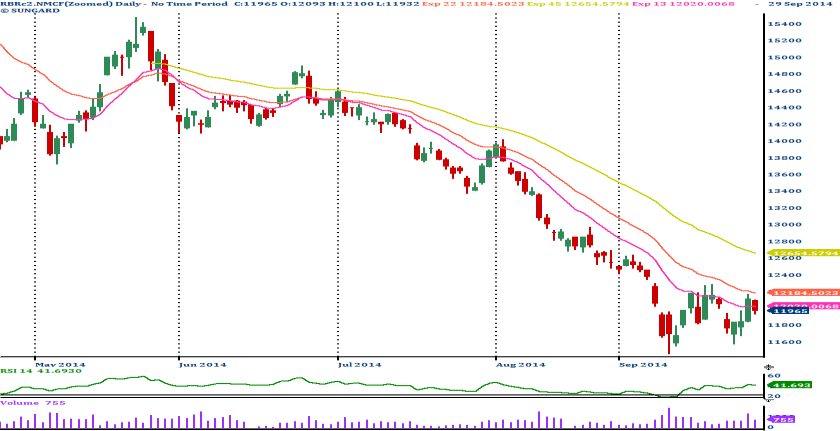 Range bound moves inside 11600-12300 in progress and requires a breakout from either the sides for further directional moves.