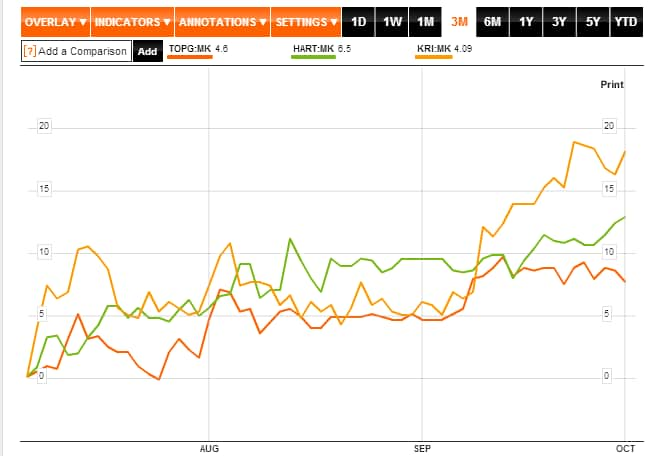 The Ebola outbreak is wreaking economic havoc across West Africa, but half a world away, investors see a big business opportunity.

Malaysia is the world’s largest producer of rubber gloves — exactly the kind of inexpensive equipment that can help prevent the spread of the deadly virus. And the country’s top manufacturers have seen a steady rise in their share prices since this summer as the Ebola epidemic spread. Top Glove is up about 10 percent, while Hartalega and Kossan have gained nearly a quarter. 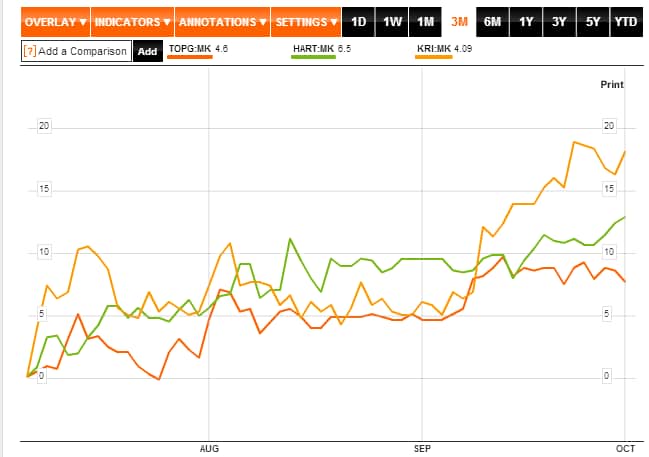 This is not the first time Malaysia has financially benefited from a public health crisis. During the 2009 swine flu outbreak, the three companies traded at prices up to 20 times their expected earnings per share, according to research from Maybank IB. Top Glove estimated growth in demand of 8 to 10 percent that year, driven in part by what it termed “emergence of health threats.”

Those numbers can have a big impact in a developing country like Malaysia, which is in the midst of overhauling its economy in hopes attracting from than $400 billion in foreign investment and raising gross domestic income per capita to $15,000 by 2020 — fifty percent higher than it is now.

No business model can exist solely on public health epidemics, however. Improvements in basic hygiene in emerging markets, notably China, along with an aging U.S. population that requires more medical care are long-term trends supporting the industry. And Malaysia has signaled that its humanitarian concern over Ebola trumps any bottom line: Earlier this month, it donated 21 million medical gloves to the region.

“Malaysia can make a unique and vital contribution to the fight against Ebola because we are one of the biggest manufacturers of rubber gloves,” a government spokesman said in a statement. “We hope this contribution will prevent the spread of Ebola and save lives.”