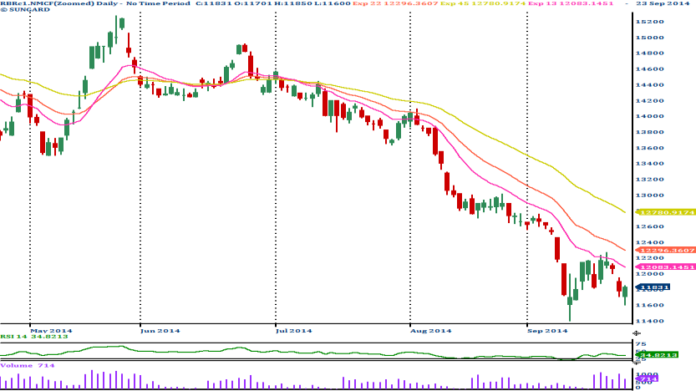 ⊳ On Tuesday, zigzag moves in tight ranges were witnessed in the local natural rubber market. NMCE rubber futures ended in green, up about 0.8 per cent following an initial fall. While the broad trend stayed bearish, sentiments seems to be muddled in the local natural rubber market. Even as worries over demand, burgeoning imports and decline in natural rubber prices in the international market bothering the market, concerns over supply and slow down in tapping activity in the major natural rubber growing areas in Kerala is probably keeping further declines in prices under check. In the meantime, on Wednesday, SHFE reopened after a weeklong National Day holiday and rubber futures on the bourse was seen rebounding following an initial fall. A similar trend is being witnessed on TOCOM too as Vietnam too supported the move to not to sell rubber below $1500/mt.

⊳ Top natural rubber producers Thailand, Indonesia and Malaysia is expected to meet next week in Malaysia to seek measures to prop up prices.

⊳ ANRPC says natural rubber production among its member countries to rise 0.1 per cent in 2014 to 11.18 million tonnes. 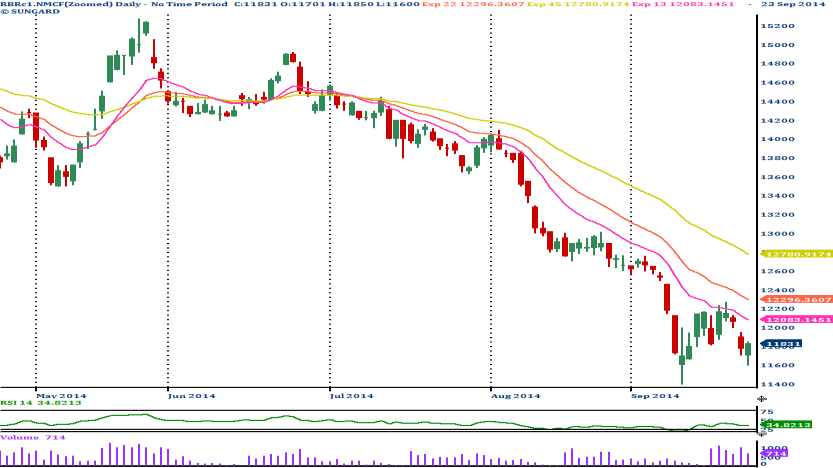 While range bound moves inside 11600-12300 are in progress and requires a breakout from either the sides for further directional moves, for the day, mild upsides are likely and a break above 12100 with volume could call for 12300. Unanticipated fall below 11800 will again induce weakness.