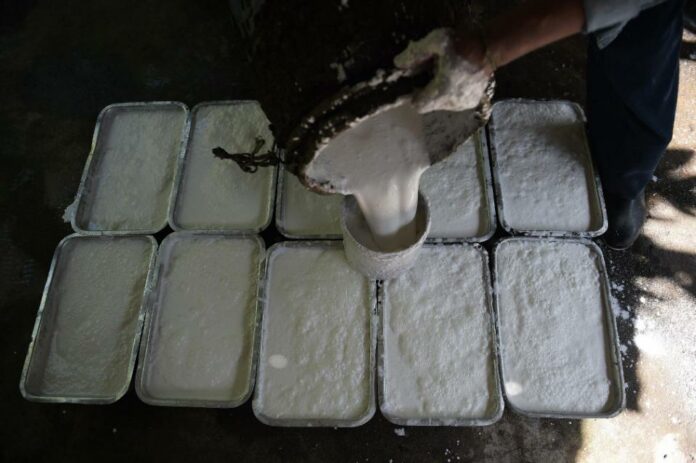 Phang Nga (Thailand) (AFP) – As rubber prices slump, hard-up farmers in Thailand — the world’s top producer of the commodity — are appealing for a bailout, testing the junta’s resolve to end populist policies and an entrenched subsidy culture.

The global price for a one kilogramme sheet of natural rubber has retreated to 43 Thai baht ($1.3) after a three-year slide.

That decline, from highs of up to 120 baht in 2011, has chiselled away the income of Thailand’s estimated six million rubber farmers.

Many of them reside in the nation’s south, a region home to the ultra-royalists who backed a May army coup that toppled the elected government.

Now, as their profits shrivel, they want payback from an army they helped propel to power.

With dawn creeping over his plantation in Pa Ko subdistrict of Phang Nga province, Jade Charongan said tapping his 500 trees for the once-lucrative sap yields around $130 a month.

Three years ago he earned five times that amount, as surging demand from China saw rubber reach highs of $3.6 a kilo.

The uncertainty heaps further misery on the daily 4:00 am torch-lit trudge to bleed the trees for the milky white sap, he added.

The Thai Rubber Farmers’ Association says the kingdom produces around four million tonnes per year with an average annual export value of around $8 billion — although that sum has been sheared by falling global prices. 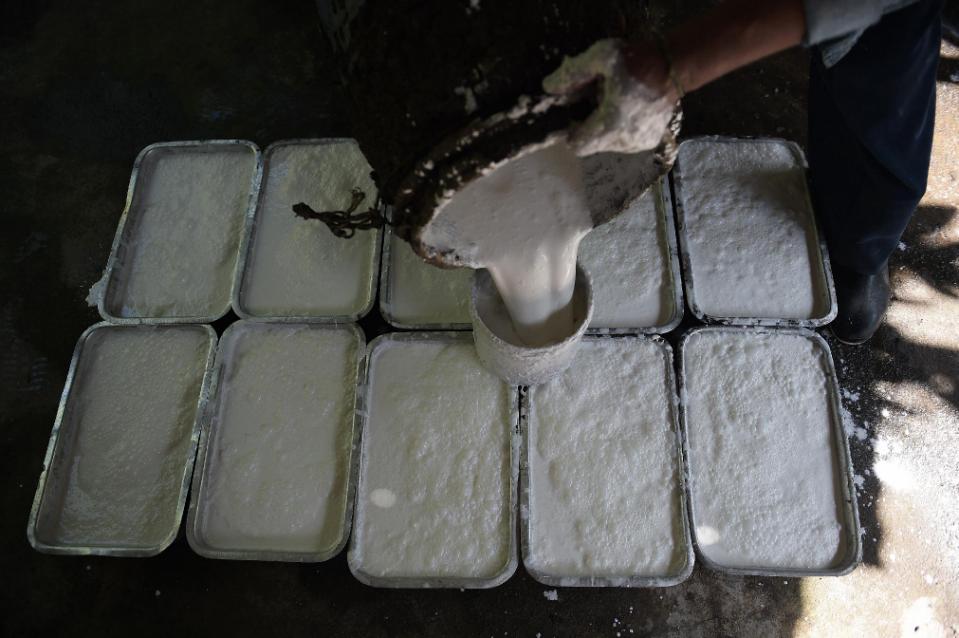 The sap of a rubber tree drips into a container at a rubber plantation in Ka Po village, Phang Nga o …

Farmer Somjai Chomkhwan, 51, was among thousands of southerners who travelled to Bangkok to join the mass rallies that paralysed Yingluck Shinawatra’s government, paving the way for the May 22 coup.

“When the junta came into power, we expected the rubber price would probably be increased,” he told AFP.

“But it has been months and the rubber price has kept dropping.”

Farmers’ groups are calling on the military government to guarantee the price at 80 baht a kilo.

They also want the suspension of a plan to release 210,000 tonnes of stockpiled — but fast-degrading — rubber to the market, fearing it will further depress prices.

The sap of rubber trees drip into containers at a rubber plantation in Ka Po village, Phang Nga on O …

Their disquiet threatens a fallout with the junta.

“If the government does not adjust the price, we will go to meet the Prime Minister,” Sawad Ladpala, president of the Thai Rubber Farmers’ Association, told AFP.

“We have been calling for help for a long time but there has been no clear stance or direction (from the government) yet,” he added.

The protests which presaged the coup targeted Yingluck and the political ascendancy of her brother Thaksin — a billionaire former premier who is reviled in the Thai south but adored in the rice-growing north.

The demonstrators accused the Shinawatra clan of lavishing state subsidies on its rice farming electoral base at the expense of the rest of the country.

Yingluck swept to power in 2011 on a wave of support from the north and northeast on a pledge to pay up to 50 percent of the market price for rice — a policy she said was necessary to help the rural poor.

State largesse under her tenure also extended to rubber farmers.

Following violent protests in the south last summer, she doled out $80 per 0.4 acres (0.16 hectares) to help ease dropping prices.

From rice to rubber and sugar cane to fruit, successive Thai governments have seen the political wisdom in buttressing the agricultural economy with cash handouts.

The ruling junta initially vowed to extinguish Thailand’s subsidy culture, but even they have swiftly opened the tap amid complaints from rice and rubber farmers.

He says he wants to spur domestic demand for rubber and value-added products, while also urging farmers to diversify or change their crop to palm oil.

But as yet he has failed to respond to the call for an 80 baht price guarantee.

In a weekly television address recently Prayut implored rubber farmers to “please be patient” with his administration.

Rumblings from senior officials since suggest a climbdown could be imminent.

Yet the subsidy question remains awkward for a leader who has vowed tough action to restore Thailand’s economic fortunes after its once fizzing economy went flat during the political crisis.

“The government will probably put in some money,” according to Viroj NaRanong of the Thailand Development Research Institute.

“But as with the rice farmers, some of them will say ‘It’s better than nothing’ while others will say ‘It is not enough.'”