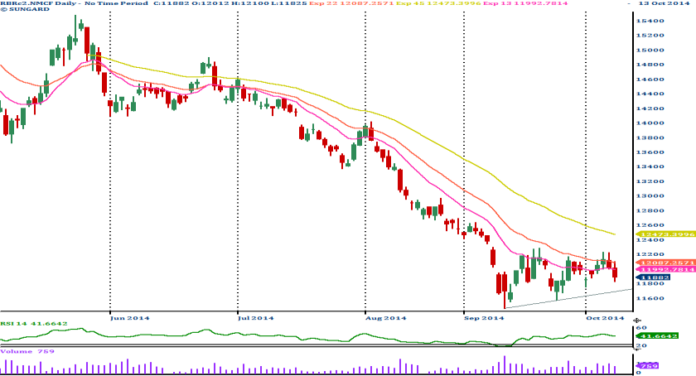 Natural rubber prices remained under pressure in the local market as the week’s session commenced on Monday. RSS4 in the physical market inched down to Rs.122 a kg while on NMCE, the grade was down nearly one percent. Lacklusture demand continued to haunt the overall market sentiments pressurizing prices to move south though limited supplies lend lower level support to prices. Despite it being the peak production phase, tapping activities in the major rubber growing areas have not resumed to full swing after the south-west monsoon break. In the mean time a mixed trend is being witnessed in the overseas market on Tuesday. TOCOM rubber futures reopened after an extended weekend holiday today to gain more than three per cent as the major natural rubber producing countries pledged to bolster prices. AFET rubber futures gained as well. However, SHFE rubber futures were seen paring initial gains. Declining crude oil prices weighed on.

⊳ Rubber output from Thailand unlikely to rise beyond 4.0million tonnes in 2014 according to Thai Rubber Association.

⊳ In the recently held meeting of the International Rubber Consortium in Melaka, top natural rubber producing countries pledges to bolster prices and urges members not to sell below current levels.

⊳ Natural rubber imports by China amount to 320000 tonnes in September according to trade data.

⊳ Indian natural rubber consumption may reach one million tonnes this year while production is likely be around 885000-900000 tonnes according to ANRPC.

⊳ ANRPC says natural rubber production among its member countries to rise 0.1 per cent in 2014 to 11.18 million tonnes. 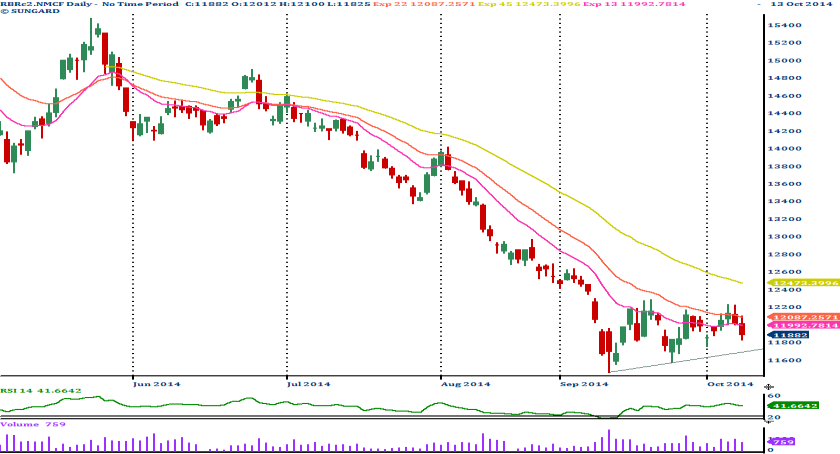 While an extension to previous session moves may not be ruled out, 11750 pose to be a considerably good support, which if held downside could call for a bounce back towards 12000-12100 ranges or more. However, slippage past 11750 will intensify weakness.