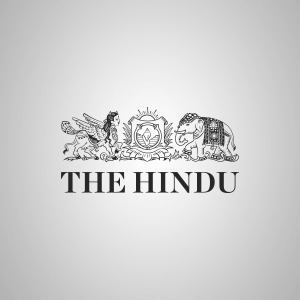 Hike in support price for rubber

The Cabinet on Wednesday decided that the support price of rubber procured by official agencies should be fixed Rs.5 above the market price for a kilogram.

At present, rubber is being procured at prices above the open market price by Rs.2 a kg. Chief Minister Oommen Chandy told the media after the Cabinet meeting that he would be taking up the issue of drop in rubber prices with the Prime Minister during his visit to Delhi on Thursday.The Chief Minister said he would be accompanied by seven Ministers – Finance Minister K.M. Mani, Revenue Minister Adoor Prakash, Excise Minister K. Babu, Health Minister V.S. Sivakumar, Labour Minister Shibhu Baby John, Education Minister P.K. Abdu Rabb, and Minister for Transport and Environment Thiruvanchoor Radhakrishnan.

They proposed to meet Union Ministers in charge of Environment, Human Resource Development, and Agriculture besides the Prime Minister.

Mr. Chandy said Kerala would seek early issue of the notification on the Western Ghats in view of the Green Tribunal favouring Kerala’s stance regarding implementation of the Kasturirangan report. The government would also seek relaxation in coastal zone regulations.

They would also urge the Prime Minister to include Kerala within the ambit of the ‘Make in India’ mission, especially for rubber-based industries.

They would also represent against the Human Resource Ministry seeking closure of B.Ed. colleges run by Kerala University. The other issues to be taken up with the Centre would include early commencement of work on the coach factory at Palakkad and clearance and funds for various schemes under the Kuttanad and Idukki packages.