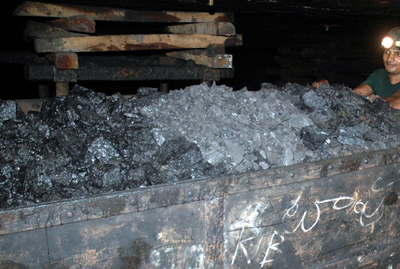 BEIJING: A leading Chinese coal producer has called on the government to set a minimum price for the fuel to ease losses and prevent power firms from taking advantage of a chronic supply glut.

The proposal reflects the government’s dilemma as it tries to curb consumption of polluting coal while bailing out a sector that employs 5.8 million people.

That would be higher than Qinhuangdao port prices of 485 yuan and benchmark Newcastle prices of around $ 67.50 a tonne.

“When prices temporarily surged in 2008 and 2011, the state stepped in with temporary price-restraining measures,” Zhang said. “Right now, prices have fallen below the cost of production at many enterprises, and they are still falling.”