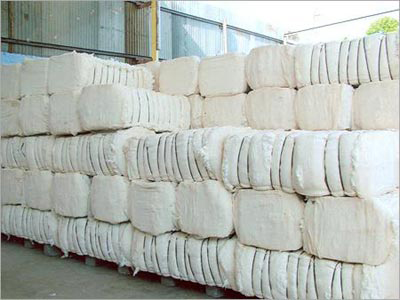 BEIJING: China, the world’s top cotton consumer, has urged farmers to reduce cotton planting this spring, with sluggish demand for this year’s crop threatening to add inventory to already bulging state stocks of the fibre.

The government wants to reduce cotton acreage in top growing region Xinjiang by 15 percent, or 311,000 hectares, according to an official document published by the China Cotton Association last week.

“With low price volatility on international and domestic cotton futures, and this year’s target price to be lower than last year’s level, returns on cotton will be lower than in previous years,” said the document.

It added that the government wanted to reduce risk for farmers and raise incomes.

It comes on the back of sluggish demand. The US Department of Agriculture has lowered its outlook for Chinese consumption for five consecutive months, recently revising its estimate down to 7.6 million tonnes.

The Xinjiang Production and Construction Corps (XPCC), China’s top grower, has only sold around a third of its crop well into the sales season, said traders, and looks set to end the year with sizeable stocks unless it slashes its selling price.

“The government wants to lower production to create a chance to release more cotton next year. If you restrict imports and lower production, you will artificially create a supply deficit,” said one China-based trade source.

The government tightly controls imports through quotas. It has said this year it will only issue the 894,000 tonne of quotas it has committed to under World Trade Organisation rules.

However industry sources said the new guidelines would have little impact, with growing area for cotton more heavily influenced by subsidies.

The government pays farmers the difference between a target price set at the start of the season and the average market price, and could set the 2015 target price this month. While some have predicted a lower target price this year, industry is lobbying heavily for the price to stay at the 2014 level.

“There’s no other crop that could absorb the acreage even if people want to switch,” said another trade source.

The document appeared to exclude the growing area controlled by the XPCC, which last year planted cotton on almost 750,000 hectares in Xinjiang.