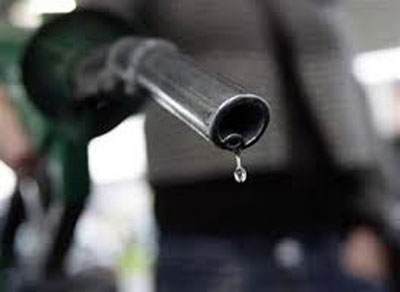 Oil prices mixed in Asia, US crude near six-year lows

SINGAPORE: US crude fell to near six-year lows in Asia on Tuesday, extending losses in New York as worries about a global oversupply were exacerbated amid an OPEC warning of a continued petroleum glut, analysts said.

US benchmark West Texas Intermediate (WTI) was down 21 cents to $ 43.67 in afternoon trade, the lowest since March 2009.

Both contracts fell sharply on Monday after a report by the OPEC oil cartel that questioned the strength of last month’s rally, saying the increase in prices came “despite the fact that global supply continued to exceed demand”.

Singapore’s United Overseas Bank said the recent price decline was due to “concerns that US crude supplies are at record levels and continue to build up”.

A Bloomberg News survey showed US crude stockpiles are expected to have increased by 3.3 million barrels to 452.2 million in the week ending March 13. The US Energy Information Administration will release the final figure on Wednesday.

US crude stockpiles have risen for nine weeks in a row to reach a record 448.9 million barrels on March 6.

Oil prices have dropped by more than half since June last year on mounting US supplies, weak global economic growth and OPEC’s decision to keep output high despite falling prices.

Despite the reduced drilling, Goldman Sachs estimated Monday that US output would still grow by 230,000 barrels a day in the fourth quarter of 2015 compared with a year ago.